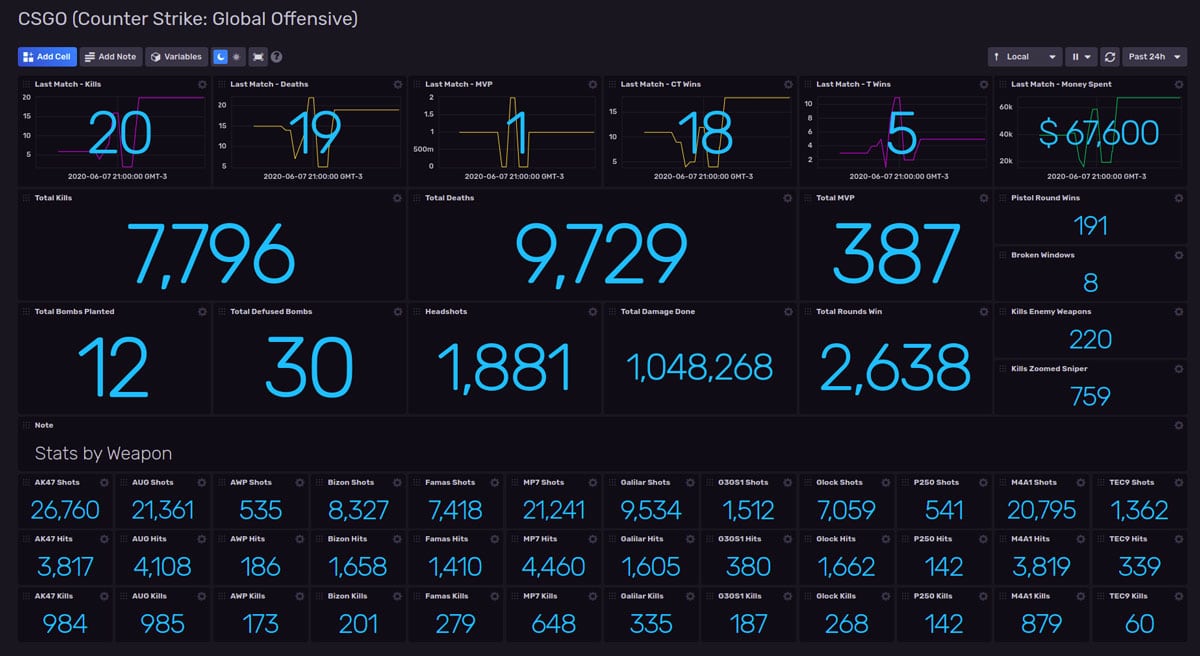 Counter-Strike: Global Offensive (CS:GO) is a multiplayer first-person shooter video game developed by Valve and Hidden Path Entertainment. It's the fourth game in the now legendary Counter-Strike series and was first made available for the Windows, Mac, Xbox and PlayStation 3 platforms in 2012.

At a base level, the game is designed to put two teams in direct combat with one another — Terrorists, and the appropriately named Counter-Terrorists. In addition to eliminating as many players on the other side as possible, both sides must also complete separate objectives that vary depending on the game mode selected.

In 2018, the game transitioned to a free-to-play model, focusing on revenue from cosmetic items. Even during its original release, CS:GO received positive reviews from critics — coming in with an 83 out of 100 score for the PC version, and an 80 out of 100 score for the PlayStation 3 version. Even though the game has been out for years at this point, it remains at the top of the charts on the Steam store — especially once things are ranked by most concurrent players.

Why track your CS:GO stats?

But more than that, tracking your CS:GO stats really is your best opportunity to get the most out of the game. Not only does it allow you to see which of your current techniques are working and which ones aren't, but it's a way to continue to enjoy the competitive nature of the game long after you've "completed" the primary missions.

How to Use the Counter-Strike Global Offensive (CS:GO) InfluxDB Template

Once your InfluxDB credentials have been properly configured in the CLI, you can install the CS:GO monitoring template using the Quick Install command. You will also need an API key and your Steam User ID:

Once you have this, edit the csgo.sh file with the API Key and your Steam User ID.

As stated, monitoring your CS:GO game metrics is one of the best ways to really see how you're doing as a player. Kill count alone does not tell the entire story — there's so much more that goes into your ranking and, ultimately, your enjoyment of the game. Some of the key CS:GO game metrics that you can proactively collect using this template include ones like: