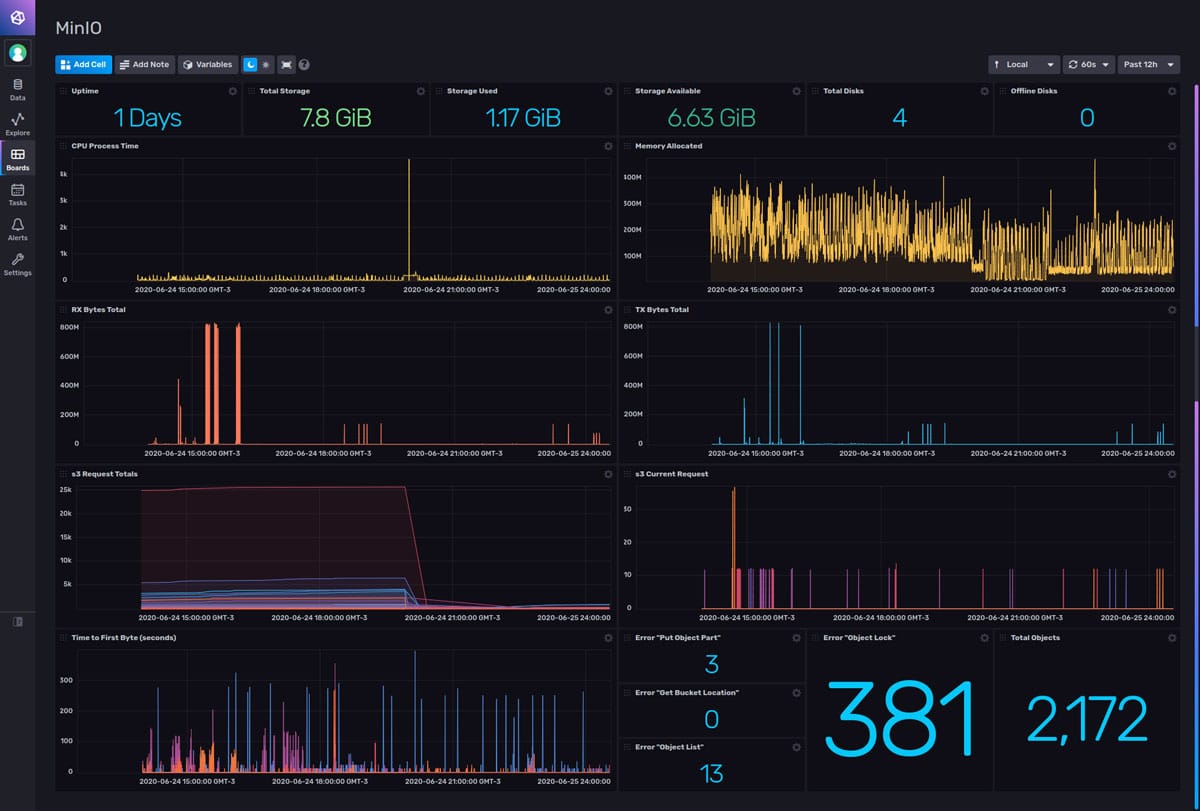 MinIO is a high performance, distributed object storage system compatible with Amazon S3, released under Apache License v2. It is software-defined, runs on industry standard hardware and as an object store, MinIO can store unstructured data such as photos, videos, log files, backups and container images.

It's important to note that the maximum size of an object in a MinIO deployment is five terabytes. In terms of its performance against other common object storage solutions, MinIO has been compared very favorably to Amazon S3 for Presto and Spark, among others. MinIO is deployed in a wide range of Fortune 500 corporations, including but not limited to Apple, Honeywell, Boeing, Capital One, Disney and others.

Why monitor the MinIO Object Storage?

MinIO's high-performance, software-defined object storage suite enables customers to build cloud-native data infrastructure for machine learning, analytics and application data workloads. Since it is ideal for large, private cloud environments with stringent security requirements, it is important to monitor MinIO to help keep up with these requirements.

How to use the MinIO Monitoring Template

Once your InfluxDB credentials have been properly configured in the CLI, you can install the MinIO monitoring template using the Quick Install command. Once installed, the data for the dashboard will be populated by the built-in scraper configuration, which includes the relevant MinIO input. Note that you might need to customize the input configuration to better serve your needs, including by specifying a new input value. All of this will depend on how your organization is currently running MinIO.

Because some of the applications of MinIO involve advanced topics like analytics and machine learning, it's always important to proactively monitor your environment. You'll want to pay particular attention to those metrics involving security, as these can often change depending on your industry and you'll need to make the best effort possible to stay on top of them.

Some of the most important MinIO metrics that you should proactively monitor include: