Since then, we’ve seen a tremendous increase in InfluxDB customers running on Google Cloud so that they can take advantage of all the services on that platform. Today, we’re pleased to announce the availability of both InfluxDB Cloud and InfluxDB Enterprise on the Google Cloud Marketplace, along with a free credits program for both. With this announcement, we’ve made it even easier for you to run our time series data platform on Google.

When you sign up for InfluxDB through Google Cloud Marketplace, you consolidate all your InfluxDB expenditures, for all database instances, across all teams, onto a single bill. And cloud computing is all about eliminating tedious tasks so you can focus on what matters. Doing this provides the following benefits:

Focus on your day job  Without Google Cloud Marketplace billing, your developers and SREs have to put GCP charges on their credit cards and later expense them. That’s one more administrative task to pull them from their work. With our new Marketplace integration, you give them a fast, easy way to spin up the time series database instances they need to be productive. And they don’t need to deal with time-consuming expense reports.

Pain-free reporting  All your InfluxDB charges, for all accounts, appear on your existing Google Cloud bill, so they’re easier to track. For engineering and IT managers, this makes it easier to generate spending reports so they can focus on what matters  delivering projects on time, and keeping critical services running.

Streamlined purchasing  There’s no need to work with your purchasing department to onboard InfluxData as a new vendor or deal with the hassle of setting up a new contract. If you’re already using Google Cloud, then you remain with a single vendor for both your GCP usage and your InfluxDB usage.

Budget friendliness  By accessing InfluxDB on Google Cloud Marketplace, you can apply your Committed Use Discounts to your InfluxDB charges. With discounts of over 50% as of this writing, that lets you stretch your database budget pretty far. Plus, no one likes having unused committed use discounts, so this gives you a bit more flexibility in terms of how you burn them down.

Streamlined support  When you’re trying to keep a development project on track, or a critical service running, you know that any downtime can throw a wrench into your plans. When outages occur, the InfluxDB and Google teams work closely to quickly pinpoint the root cause to minimize downtime. Also, since InfluxDB is more than just a database, it covers a broad range of the time series data pipeline, including data acquisition, analysis, visualization, alerting, and (because we don’t believe in lock-in) data egress. This lets you avoid the time-consuming process of coordinating multiple vendors to address service outages.

To sum up, we hope that accessing InfluxDB through Google Cloud Marketplace means less stress for you and your team. 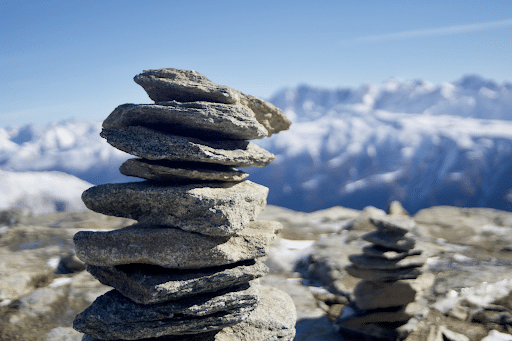 How to get started with InfluxDB on Google Cloud?

Just head over to the InfluxDB Cloud page on Google Cloud Marketplace. This is your best bet if you’re new to InfluxDB, or are already running InfluxDB 2.0 open source. It’s clustered for high availability and auto-scaling. Since it’s the same codebase as open-source InfluxDB, you’ll be right at home.

If you’re currently using InfluxDB 1.x, and want to stay on it for the time being, head over to the InfluxDB Enterprise page on Google Cloud Marketplace. InfluxDB Enterprise 1.7 meets enterprise requirements such as high availability, LDAP and OAuth support, and fine-grained role-based access control (RBAC).

What's the pricing of InfluxDB on Google Cloud?

It sounds crazy to say, but the usage-based pricing of InfluxDB Cloud on GCP actually is pretty cool. Here’s why:

With most “cloud” databases, you have to pick the size of the machine you want to run the database on. Pick too small a machine, and your database will fall over. Pick too large, and your budget will take a hit. Migrating your data from one size of machine to another is a time sink. This means you miss many of the advantages of the cloud, specifically cost savings and time efficiency.

InfluxDB Cloud is different. The reason is that, under the hood, InfluxDB Cloud is a multitenant database cluster running on Kubernetes. This lets it dynamically scale to provide whatever ingest, storage, and query capabilities you need, on the fly. It means that you only pay for what you use. Specifically, the data you send us, the data you store, and how long your queries run. That’s why we call it usage-based pricing.

So, you are freed from the hassle of trying to pick a big enough machine, the risk of overpaying for a database, and the frustration of having to migrate from one machine to another.

Additionally, we’re providing all Google Cloud customers with $300 in free credits to use over a 90-day period. This lets you get a feel for how much your production usage will cost, so that you can budget appropriately. You can access this credit on our Google Cloud Marketplace listing.

To see our price points, check out the InfluxDB Cloud pricing page.

Head over to the InfluxDB Cloud page on Google Cloud Marketplace, then send some data to your new InfluxDB Cloud instance using Telegraf or our APIs, and ask any questions in our ever-helpful InfluxDB community and Slack. Enjoy!