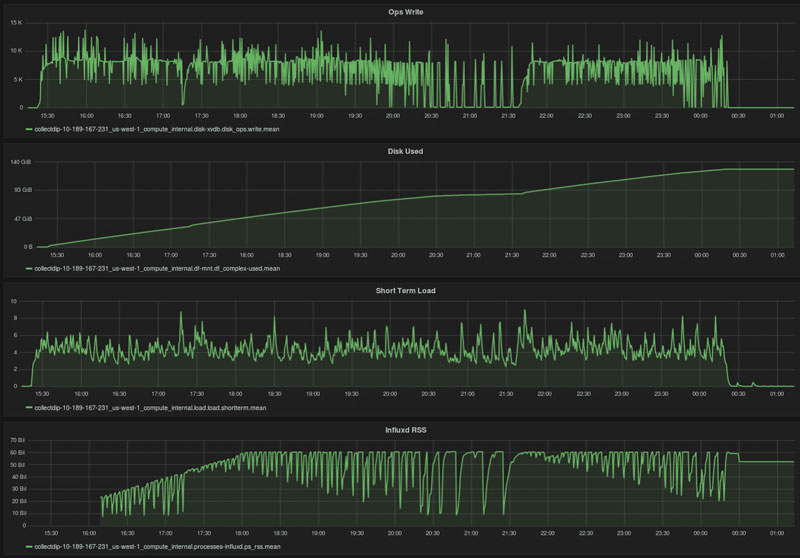 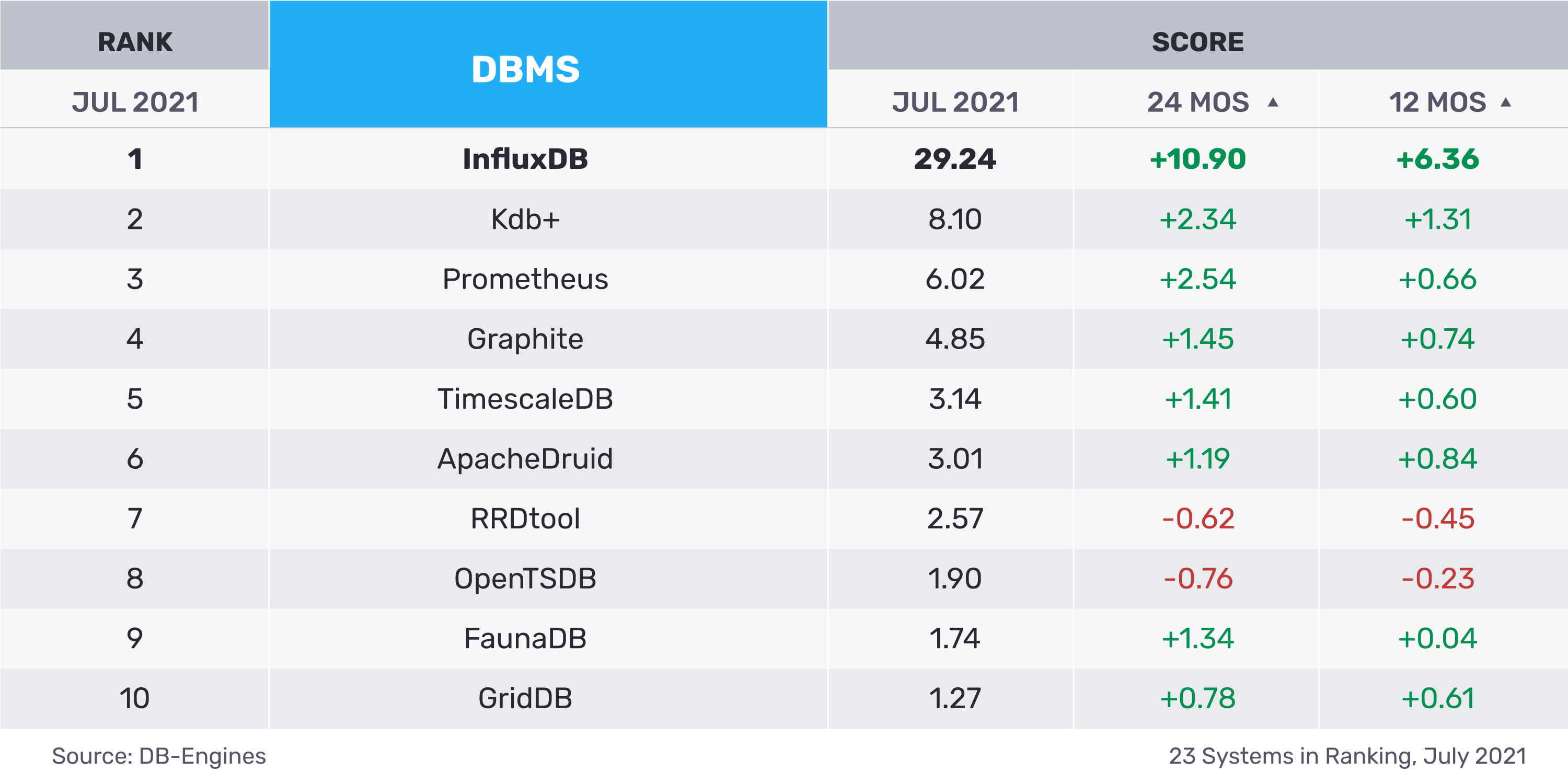 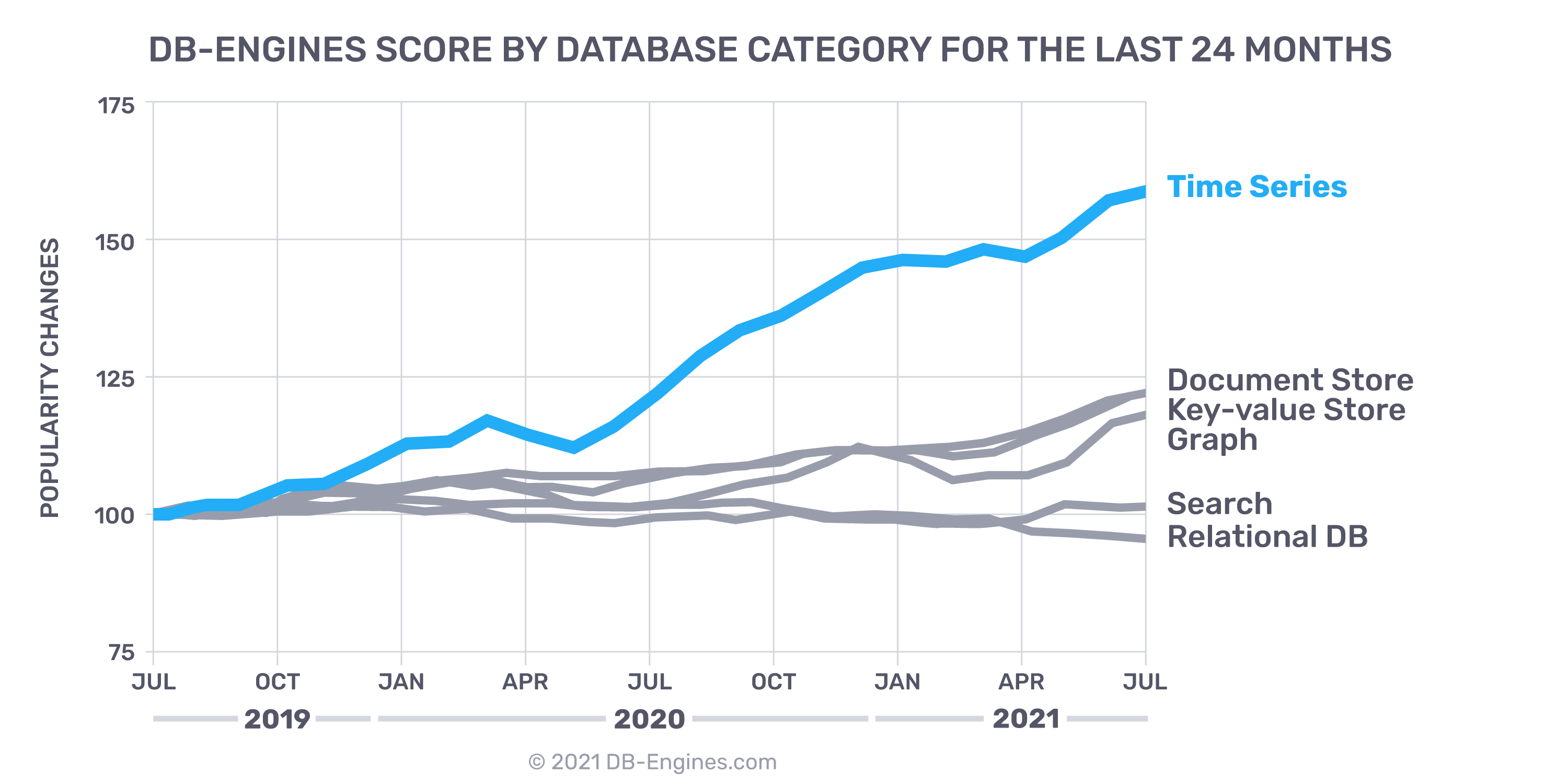 The whole InfluxData platform is built from an open source core. InfluxData is an active contributor to the Telegraf, InfluxDB, Chronograf  and Kapacitor (TICK) projects — the “I,C,K” from the TICK Stack is being collapsed into a single binary in InfluxDB 2.0 — as well as selling InfluxDB Enterprise and InfluxDB Cloud on this open source core. The InfluxDB data model is quite different from other time series solutions like Graphite, RRD, or OpenTSDB. InfluxDB has a line protocol for sending time series data which takes the following form: measurement-name tag-set field-set timestamp. The measurement name is a string, the tag set is a collection of key/value pairs where all values are strings, and the field set is a collection of key/value pairs where the values can be int64, float64, bool, or string. The measurement name and tag sets are kept in an inverted index which make lookups for specific series very fast. For example, if we have CPU metrics: