Docker Swarm is a clustering and scheduling container tool embedded in Docker. With Swarm, IT administrators and developers can establish and manage a cluster of Docker nodes as a single virtual system. Gianluca will showcase how the TICK Stack can be a powerful solution to manage and monitor your containerized environment through a new open source solution that uses InfluxData to collect metrics from Docker to build and trigger autoscaling policies.

Watch the webinar "How InfluxData helps Docker auto-scale through monitoring" by clicking on the download button on the right. This will open the recording.

Coming soon! Our webinar just ended. Check back soon to watch the video. 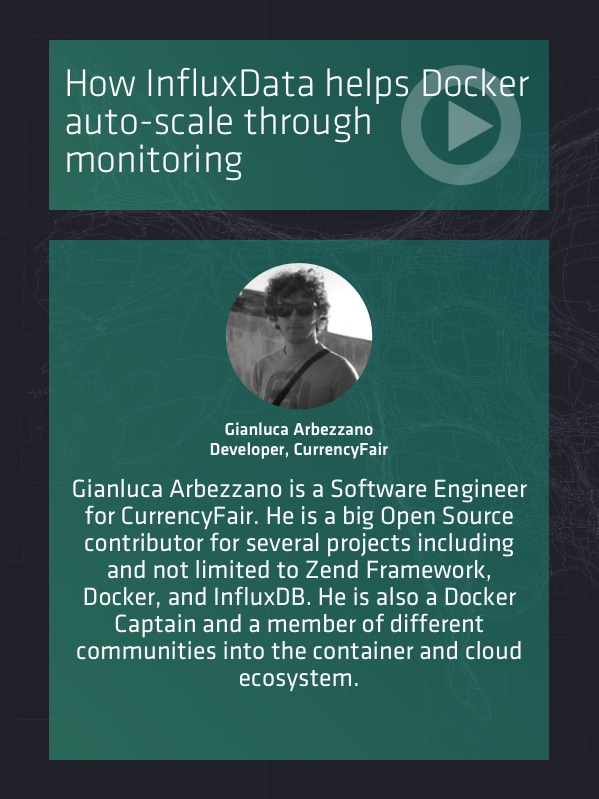