How to Build Grafana Dashboards with InfluxDB, Flux, and InfluxQL

We’re excited about today’s release of Grafana 7.1, which extends Grafana’s built-in InfluxDB datasource to run queries in both the Flux language and InfluxQL. This means it’s super easy to connect Grafana to InfluxDB  whether you use InfluxDB 1.8 or 2.0, Flux or InfluxQL.

Because this InfluxDB datasource is built into Grafana 7.1, there is no separate plugin to download and install. You get a simplified configuration experience that’s the result of the Grafana and InfluxData engineering teams working closely over the past several months, and one more step in our journey to “time to awesome”.

If you’re an InfluxDB Cloud 2 user, Grafana has updated the InfluxDB Data Source to support Flux, without requiring you to separately install a Flux plugin.

If you’re an InfluxDB 1.x user, now you can use Flux queries in your Grafana dashboards, in addition to InfluxQL. Use Grafana 7.1 to create a new InfluxDB Data Source and choose Flux as the language. Flux allows you to write queries that go beyond the limits of InfluxQL, as explained below. Of course, your existing InfluxQL queries will continue to work as they always have.

Do more in your Grafana dashboard queries

With Grafana 7.1, you can create much more powerful queries to populate your dashboard charts, by using Flux queries to do things that just aren’t possible in InfluxQL:

Other features unique to Flux include:

Here’s a detailed comparison of InfluxQL and Flux with code samples.

How to integrate Grafana with InfluxDB

Log into Grafana as usual, click on the gear icon on the left, then choose Data Sources: 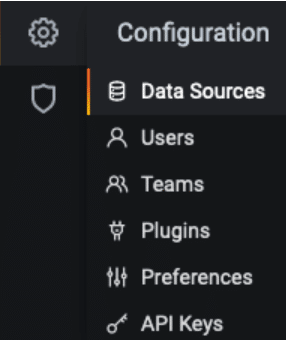 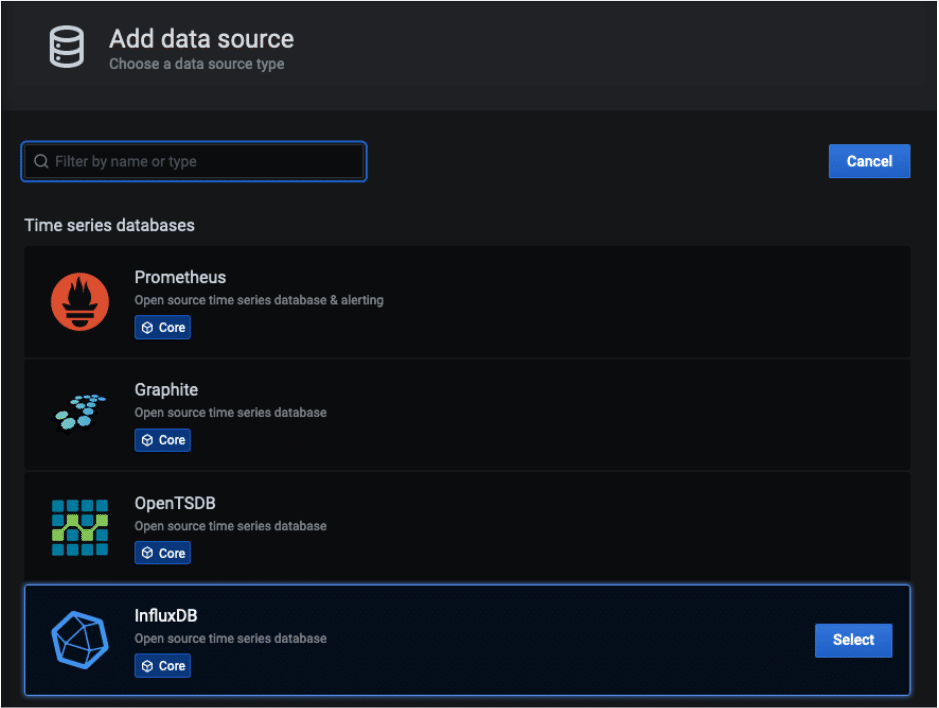 So far, this probably looks familiar if you’ve used Grafana previously. But here’s what’s new in Grafana 7.1: the ability to choose which language you want to use, InfluxQL or Flux:

If you choose InfluxQL, you’ll see the configuration page below. When filling in the URL field, keep in mind that for InfluxDB 1.8, the default port is 8086. For InfluxDB Cloud 2, here are the URLs that you can use. Further details are in this documentation page. 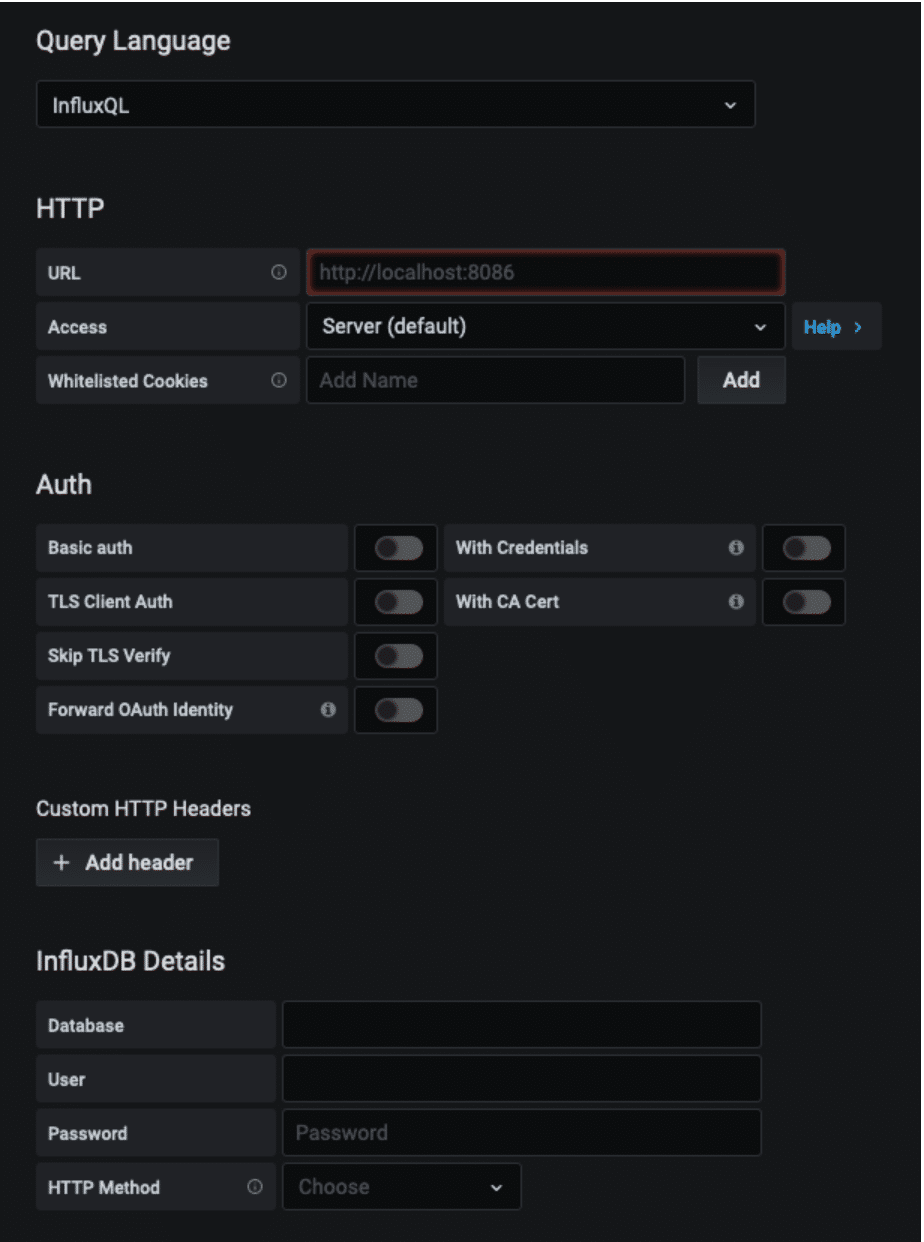 And if you choose Flux, here’s what to specify:

as shown in the screenshot below. Here I’ve specified AWS US West 2 (Oregon) in my URL, but you might be running in a different region. Your org name and bucket name will probably be different as well.

You can also create multiple InfluxDB Data Sources in Grafana. You have a lot of flexibility here. You can, for instance:

<figcaption> Both data sources connect to InfluxDB Cloud 2 on AWS Oregon, but one uses Flux and the other uses InfluxQL.</figcaption>

This integration is available today with the launch of Grafana 7.1. The plugin is built into core Grafana, so there’s no separate plugin to install.

Let’s dive into the details of the integration. Between all the different variants of Grafana, InfluxDB, and language (InfluxQL/Flux), there are a lot of possible combinations.

Or if you prefer a table view:

I want to be upfront about one integration that does not currently exist  but which we plan to deliver later this year:

The new InfluxDB datasource is built into Grafana 7.1. There is no separate plugin that needs to be installed or separately purchased. Here’s pricing for Grafana Cloud and InfluxDB Cloud.

Get started with Grafana and InfluxDB

Grafana and InfluxDB are available in a number of different form factors. Here’s where you can find the various editions of Grafana and of InfluxDB.

Once you’ve gotten Grafana and InfluxDB up and running, see this guide on how to integrate InfluxDB 1.8 with Grafana, and this document on integrating InfluxDB 2.0 with Grafana. Then join our ever-helpful InfluxDB community and Slack for questions.