Announcing InfluxDB 0.11.0 RC With Up to 3.8x Faster Queries

We’re excited to announce that InfluxDB 0.11.0 - rc1 is released. It has huge improvements to the query engine to improve performance, stability, and solve some of the out of memory issues that some users were seeing on larger queries. The new query engine is anywhere from 1.4x to 3.8x faster for many queries. By popular request, we’ve also started creating ARM builds! This release has many other improvements including 21 Features and 40 bug fixes.

The new query engine is important because it lays the foundation for many exciting new query features. New functions and ways to transform and combine series will be in the upcoming releases as a result of this effort. We’ll also give administrators the ability to see and even kill long running queries along with other controls limiting resource utilization.

Now let’s take a look at some of the performance gains from this query engine work. I ran a few basic tests. The first has a 10,000 unique series each with 1,000 points. I then ran queries to count all of the points in these series. With this query we saw a 29% decrease in the query response time! 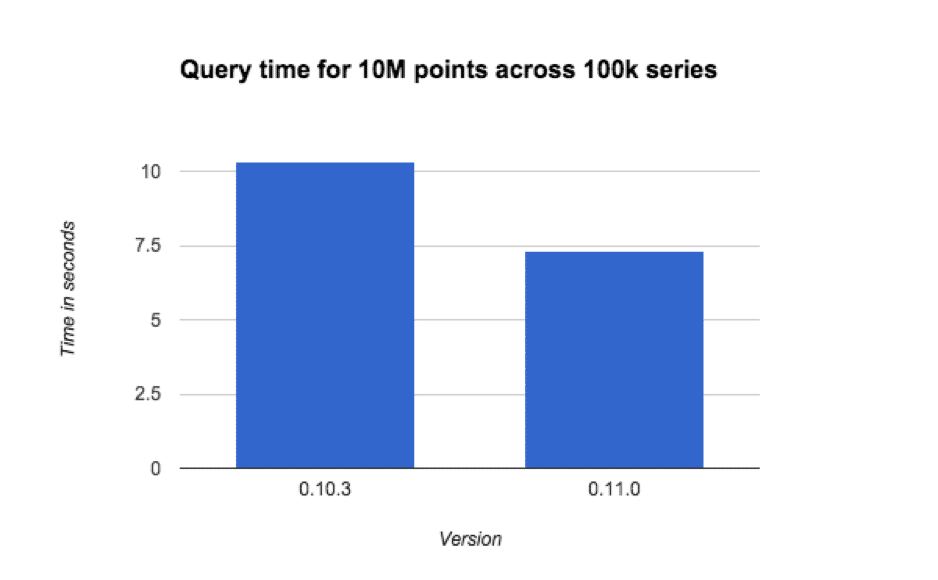 The next test I ran was to query the count on a single series that contained 10 million data points. For this query we saw a 74% decrease in the query response time. 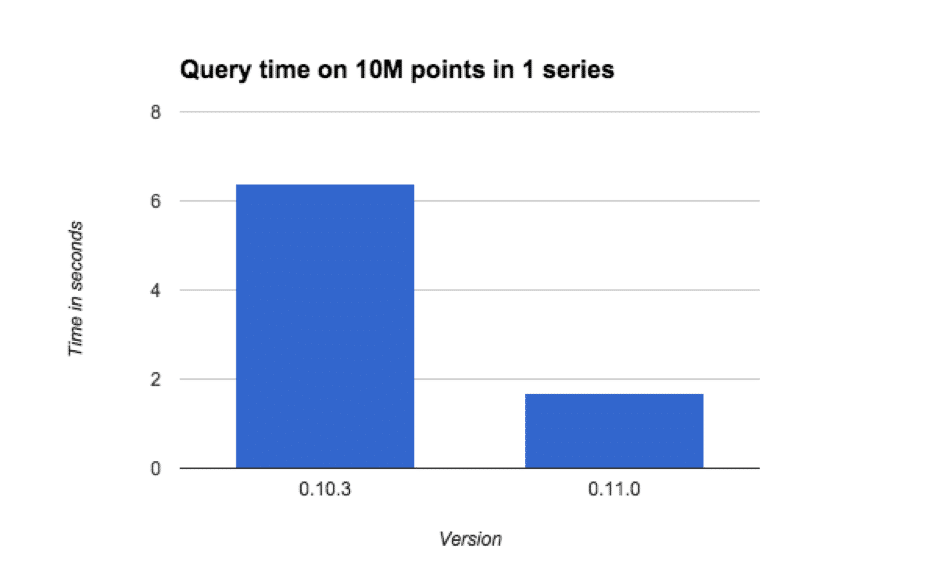 We’re very excited about the work behind the query engine and it should give us a solid foundation to build future query functionality on top of.

For anyone running on version 0.9.6.1 or below, it’s important to note that this release has all of the huge performance gains for write throughput and compression that we put out in 0.10.0. If you’ve been on the fence about upgrading, now’s the time to do it.

The other important thing to note about this release are that there are a few breaking changes to the API and some older things that have been removed or deprecated. The release notes give the details: