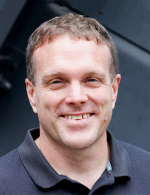 Jon is a deep technologist and experienced executive in both on-premises enterprise software and consumer SaaS businesses. In his prior leadership roles, he was Vice President and CTO of VMware's Cloud Management Business Unit, which generated $1.2B/year for VMware. Other positions include CTO of Mozy, and CTO of EMC's Cloud Services division. As a co-founder of Tignis, Jon is an experienced entrepreneur, having founded two other startup companies. He sold his last startup, Smart Desktop, to Pi Corporation in 2006. Jon is a former tenured professor of Computer Science at Oregon State University, and his highly-cited academic research work was awarded the prestigious 2010 ACM Software System Award for contributions to the field of recommendation systems. Jon holds a Ph.D. in Computer Science from the University of Minnesota, and a B.S. in Mathematics and Computer Science from Lewis and Clark College.