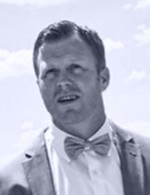 Michael (Mike) Hinkle received his Bachelor of Science in Electrical Engineering from The University of Texas at Dallas. He is currently a Probe Engineering and Manufacturing Supervisor at Texas Instruments. He has also performed the role of a Process and Equipment Engineer in the Diffusion group working primarily with LPCVD (Low Pressure Chemical Vapor Deposition) reactors. Although not classically trained in Computer Science, Michael had his first Commodore 64 at the age of 5, operated a BBS (Bulletin Board System) in the early 90's and has been a life-long computer nerd at heart. His current interests lie in 3D printing, statistics, R, Python, data structures and databases.