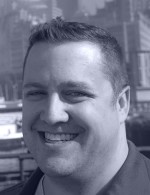 For the last 20 years, Steve has been employed at F5 Networks, an industry leader of network and security products based in Seattle, WA. His focus has been on technical engineering, complex testing, and development. Through the 1990s and 2000s Steve owned almost exclusively sailboats including a 48? Hunter, 34? Beneteau, 29? US Yachts, 26? Clipper Marine, 30? Catalina , and a number of sailing dinghies. He plied the waters of Puget Sound, now called the Salish Sea, and Canadian waters up to Desolation Sound and further. His last two boats contained over 100 different networked devices, completely reworked electrical systems which provided amazing amounts of information, and were technical showcases of how a boat could be connected in as many ways as possible. Much of the experience he learned from his civil engineer father helped to be a DIY'er when it comes to pretty much any project on the boat. He now spends most of his time on the water testing new technologies in real-world scenarios, and writing about them to help others learn from the experience. Steve has been an avid supporter of open source projects such as Canboat and SignalK for years, seeing the value in being able to aggregate and capture all of the data generated by a well-connected boat.