Today we announced the integration of InfluxData’s Telegraf with Google Cloud IoTa complete set of tools to connect, process, store, and analyze data both at the edge and in the cloud. This integration accelerates Time to Awesome for Google Cloud IoT customers by improving their IoT environments with expanded data collection and analysis. Telegraf is a plugin-driven server agent for collecting and reporting metrics and data, and the new Telegraf plugin for Google Cloud IoT allows customers to easily gather time series data from IoT devices and sensors and store it in InfluxData for alerts and monitoring.

Customers can now be up and running in a few hours and can gather and analyze sensor data that will help them improve operational efficiency, anticipate problems, and build higher-order capabilities such as AI to achieve superior economies of scale and RoI. The integration of Telegraf is the first purpose-built time series solution for Google Cloud IoT customers. It makes InfluxData’s industry-leading purpose-built Time Series Database InfluxDB, ranked #1 by DB-Engines, available for Google Cloud IoT customers.

This integration also marks another milestone for Telegraf, InfluxData’s widely used and adopted open source data collection agent. Since the Telegraf project’s inception, the majority of the 160 plugins available today have been built by the community and not InfluxData engineers. Subject matter experts easily create new Telegraf plugins helping the community quickly collect a wider range of metrics. As a result, any updates to existing plugins or the introduction of new plugins are available to customers, including Google Cloud IoT customers. 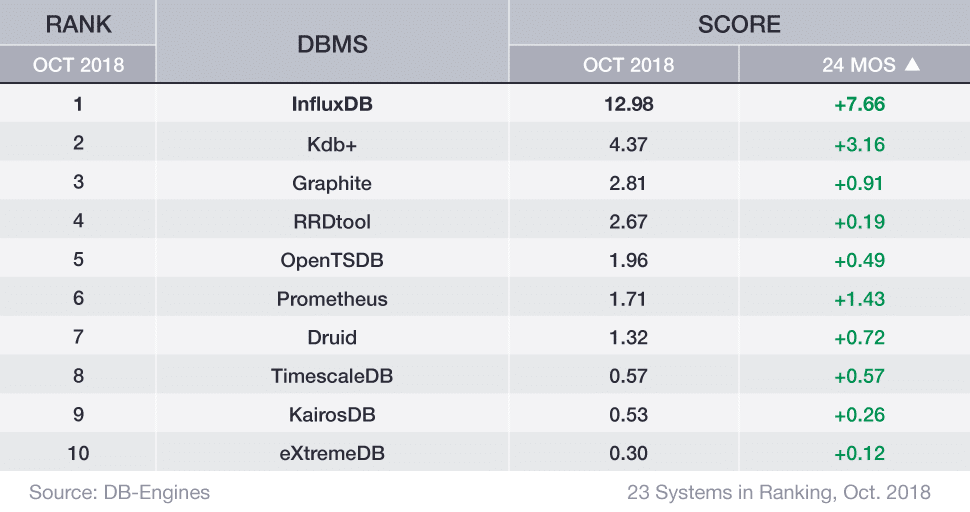 With the new Telegraf plugin for Google Cloud IoT, organizations can derive value by monitoring and tracking sensor data, using historical data from sensors to gain insights that can be applied to current situations (predictive maintenance, optimized traffic routing), and delivering automated action and control (such as shutting down a leaking water pump) with no human interaction.

InfluxData provides the Data Services layer to Google Cloud IoT that allows users to collect time series data for instrumenting, observing, learning and automating any system. Since IoT ROI is only as good as the real-time data collected and available to be analyzed for real-time decision making, Google Cloud IoT can help customers maximize IoT ROI by capturing, understanding and acting on data collected from IoT devices and sensors in real time. IoT data is time series data, and InfluxData Time Series Platform collects and analyzes data in real time.

Given that the instrumentation of the physical world is expected to generate over 11.5 Zettabytes by 2020resulting in more data and and more data-driven decision makingInfluxData’s integration with Google Cloud IoT also supports this critical industry need.

To find out more or try the new Telegraf plugin for Google Cloud IoT, click here to register for the webinar to learn more.