This article was written by Rushil Shah, Software Engineering Intern (Summer 2022) at InfluxData.

Customers can then visit AWS, see InfluxData product options listed on their AWS account page, subscribe to the product, which redirects them to InfluxData’s official product registration page.

This is a straightforward process and AWS has good documentation for it. However, testing this onboarding process is cumbersome in the original application (Quartz) because it depends on the AWS marketplace and its APIs. This means that testing user registration consumes a lot of third-party resources.

In order to remove this dependency and ensure a similar flow while testing User Onboarding in Quartz, the team decided to come up with a simulator that behaves exactly like AWS but runs locally and ensures that Quartz gets the same interaction it would with the AWS Marketplace.

Under the hood of AWS Marketplace registration

Although the Marketplace service is too sophisticated to put in detail here, there are some core features needed when developing a simulator.

AWS has its own identifiers to uniquely identify each user. During the interaction with Quartz, it uses REST POST requests to exchange these identifiers and tokens for security and to ensure data integrity while redirecting from the AWS Page to the desired application’s registration page. AWS also sends these identifiers for future use for metering records and billing. More information about specific APIs is available here.

The way SNS works is that it sends a one-time non-persistent notification to a receiver. SNS doesn’t retain a record of sent notifications. In order to make sure that we don’t end up missing notifications, we use AWS Queue to store those notifications and poll the queue in regular intervals to fetch and process all the notifications. More about integrating AWS Marketplace to a SaaS product is available here.

Gems acts just like AWS Marketplace and simulates the services described above. It uses several third-party dependencies to mimic AWS functionality. Gems has its local PostgreSQL database which stores user details like identifiers and AWS subscription statuses. On top of it, all the notifications sent to local queue are persisted in the database for future analysis and testing.

InfluxData has multiple products listed in AW Marketplace and users can subscribe to any of them. Gems, currently, supports a single global product with a static product code, and all the Gems users subscribe to it.

To simulate the behavior of AWS SNS and AWS SQS and send notifications regarding user-subscription to Quartz, we use ElasticMQ, which is an in-memory message queue system. ElasticMQ can run both as a standalone application or via Docker. Its sole purpose in Gems is to mimic SQS.

Gems sends notifications similar to the ones AWS sends, along with required key-value pairs, except the Gems messages go to a local queue. To receive these messages, it is necessary to configure Quartz to listen to that particular local queue while talking to Gems.

The Gems UI is very simple and straightforward. Click on the New User button. This will do the following: 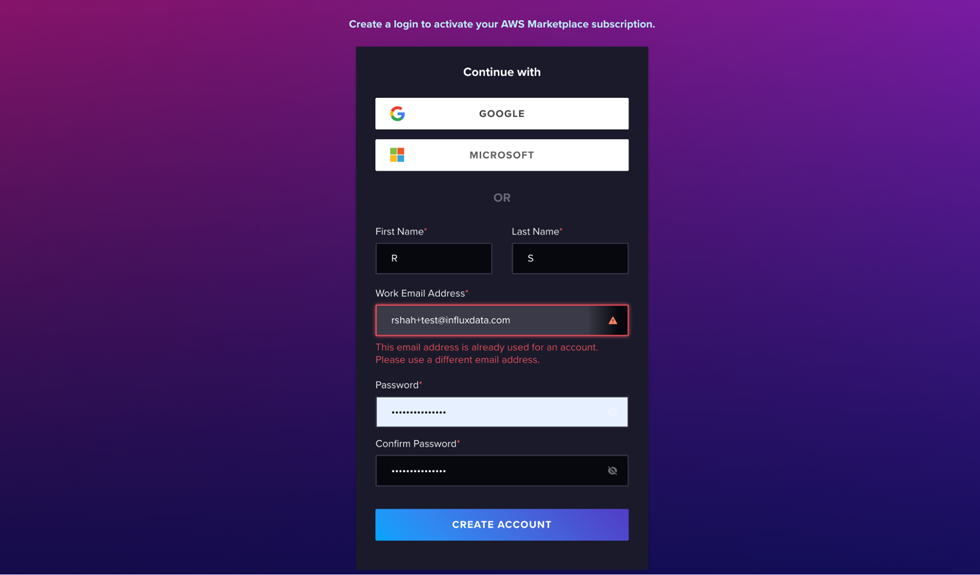 Once created and subscribed, each user can be either deleted or Unsubscribed.

Clicking the Unsubscribe button initiates Gems to send required notifications to the local queue and changes the database statuses accordingly. 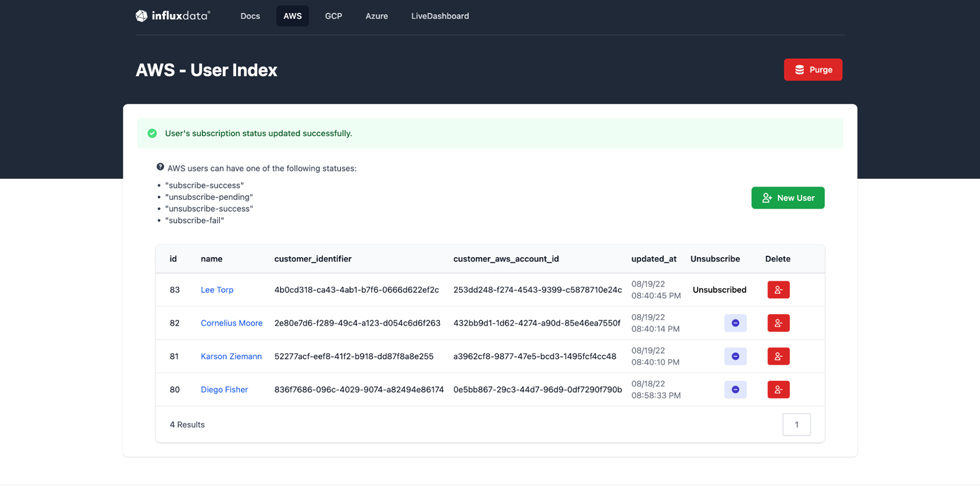 This is how, at any instance, the state of local queue of ElasticMQ will look, with messages still in the queue.

The GEMS application can be extended to include other services like metering and billing to test them without AWS dependency. Gems works similarly with other cloud services like GCP and Azure. Although they have completely different infrastructure and workflows, having access to proper documentation and resources makes doing so possible.