May 25th marks an important day for fans of the legendary author Douglas Adams, famed for his The Hitchhiker’s Guide to the Galaxy “trilogy” (of 5 books), along with numerous other novels, radio and stage plays, feature films and games, and even an occasional Monty Python sketch.

Do you know where your towel is?

Towel Day was first celebrated on May 25, 2001, two weeks after Adams passed away on May 11 from a heart attack at age 49. On this day, fans openly carry a towel with them, to commemorate the author and to show appreciation for his work. While we all may be stuck at home right now  if you see friends, family or coworkers with towels during Zoom calls on May 25, you’ll know that you’ve found fellow The Hitchhiker’s Guide to the Galaxy fans! ???????? 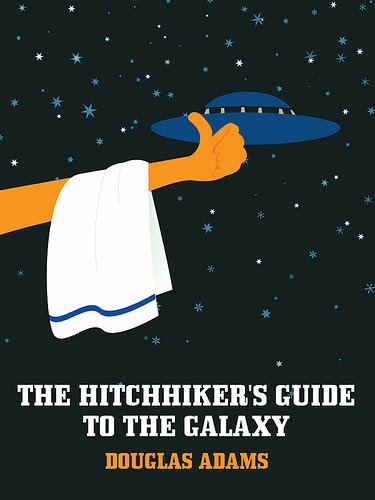 To answer that question we have to turn to the master himself, from The Hitchhiker’s Guide to the Galaxy:

"A towel, it says, is about the most massively useful thing an interstellar hitchhiker can have. Partly it has great practical value - you can wrap it around you for warmth as you bound across the cold moons of Jaglan Beta; you can lie on it on the brilliant marble-sanded beaches of Santraginus V, inhaling the heady sea vapours; you can sleep under it beneath the stars which shine so redly on the desert world of Kakrafoon; use it to sail a mini raft down the slow heavy river Moth; wet it for use in hand-to- hand-combat; wrap it round your head to ward off noxious fumes or to avoid the gaze of the Ravenous Bugblatter Beast of Traal (a mindboggingly stupid animal, it assumes that if you can't see it, it can't see you - daft as a bush, but very ravenous); you can wave your towel in emergencies as a distress signal, and of course dry yourself off with it if it still seems to be clean enough. More importantly, a towel has immense psychological value. For some reason, if a strag (strag: non-hitchhiker) discovers that a hitchhiker has his towel with him, he will automatically assume that he is also in possession of a toothbrush, face flannel, soap, tin of biscuits, flask, compass, map, ball of string, gnat spray, wet weather gear, space suit etc., etc. Furthermore, the strag will then happily lend the hitchhiker any of these or a dozen other items that the hitchhiker might accidentally have "lost". What the strag will think is that any man who can hitch the length and breadth of the galaxy, rough it, slum it, struggle against terrible odds, win through, and still knows where his towel is is clearly a man to be reckoned with." Douglas Adams, The Hitchhiker's Guide to the Galaxy

Why is this year different?

2020 marks the 42nd anniversary of the original Hitchhiker’s Guide radio broadcast on BBC. The radio series was first broadcast in 1978, and the first book was published a year later in 1979. For fans of the series, the number 42 has a special significance, as it is quite literally the Answer to the Ultimate Question, of Life, the Universe and Everything. The Answer was calculated by an enormous computer, named Deep Thought, over the course of 7.5 million years.

Unfortunately for us, though we may now have the Answer, it’s not quite clear what the actual question might be. In order to actually come up with the question to fit the answer, Deep Thought designed an even bigger computer, the size of a planet, with living organic components, and named it ‘Earth’. To discover more about how that worked out (hint: Not Well), check out the book series, the radio series, the BBC television series, or even the 2005 film.

Recently, we asked some of our Influxers what types of questions they could come up with to fit the answer of “42”. Our list of answers included: 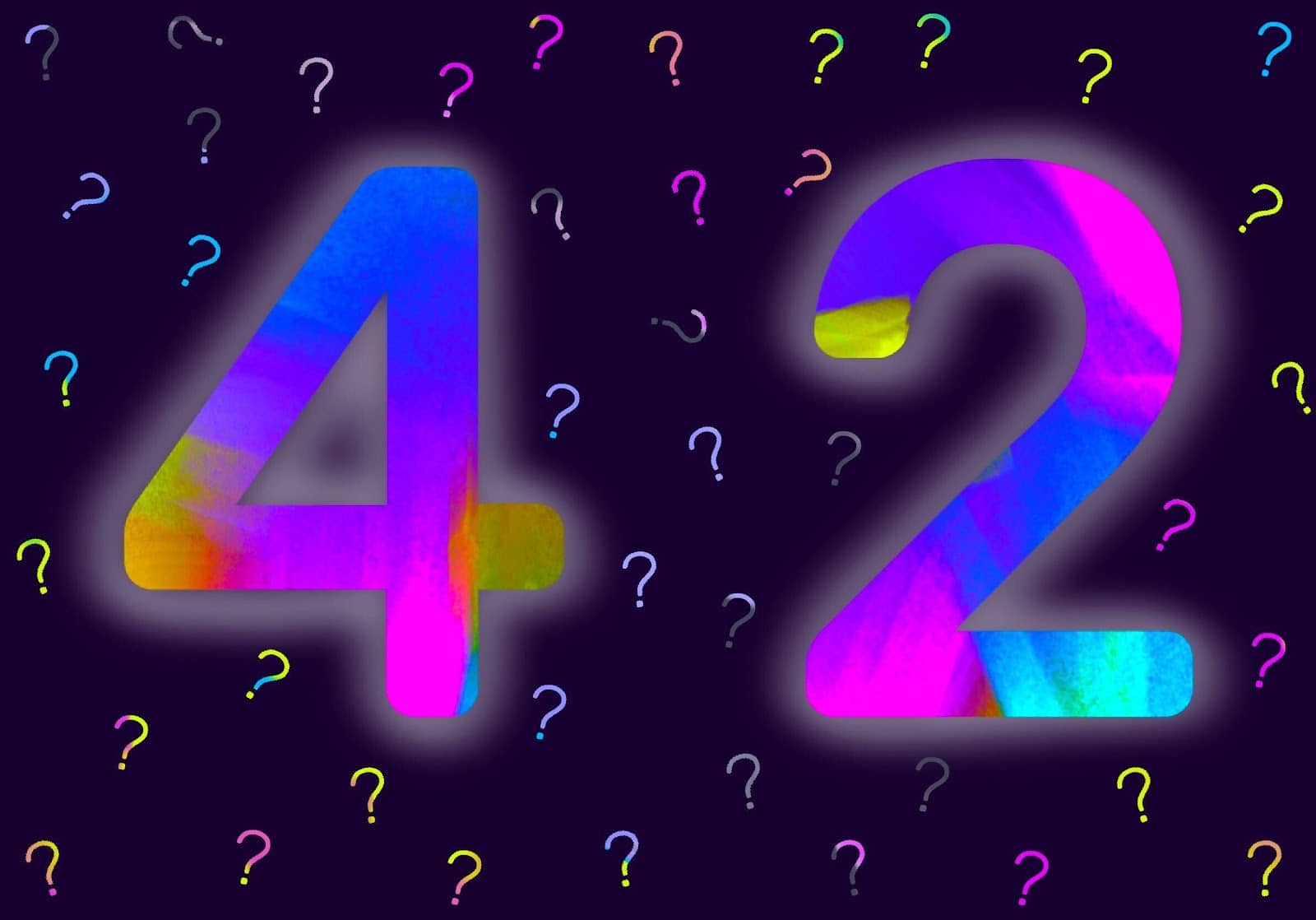 Yes there are 42 question marks
<figcaption>Source: Created by Caitlin Croft</figcaption>

Unfortunately, due to the global pandemic, most Towel Day celebrations will be limited to online or home events here on Earth, but don’t panic  there are still any number of ways to celebrate and mark the occasion!  ????