Part 4: How-to Create an IoT Project with the TICK Stack on the Google Cloud Platform

So far in the series, we have looked at what InfluxDB is, setup an InfluxDB Host on Google Compute Engine and wrote a Python application that can interact with it.

This part now integrates the Python Client application code that we wrote in the previous section with an actual IoT project that uses an Arduino, a Temperature Sensor and InfluxDB as our database to store all the temperature readings that we collect.

First up, let me explain what the eventual goal is and how this is a first step in that process. The goal is to set up a series of low cost climate/environment modules that capture various types of data like temperature, humidity and more. Then take all this data and put it in the cloud where we can eventually build out dashboards, alerts and more. All the good stuff in the cloud will be powered by InfluxDB.

We will now explain a setup where we create a system comprising an Arduino Uno, a temperature sensor, a Python application that can read the data from the Arduino Uno (yes, I did not use an Arduino Internet Shield) and post that data to the cloud.

I used the following:

Here is how the LM35 sensor is connected to the Arduino Uno board. 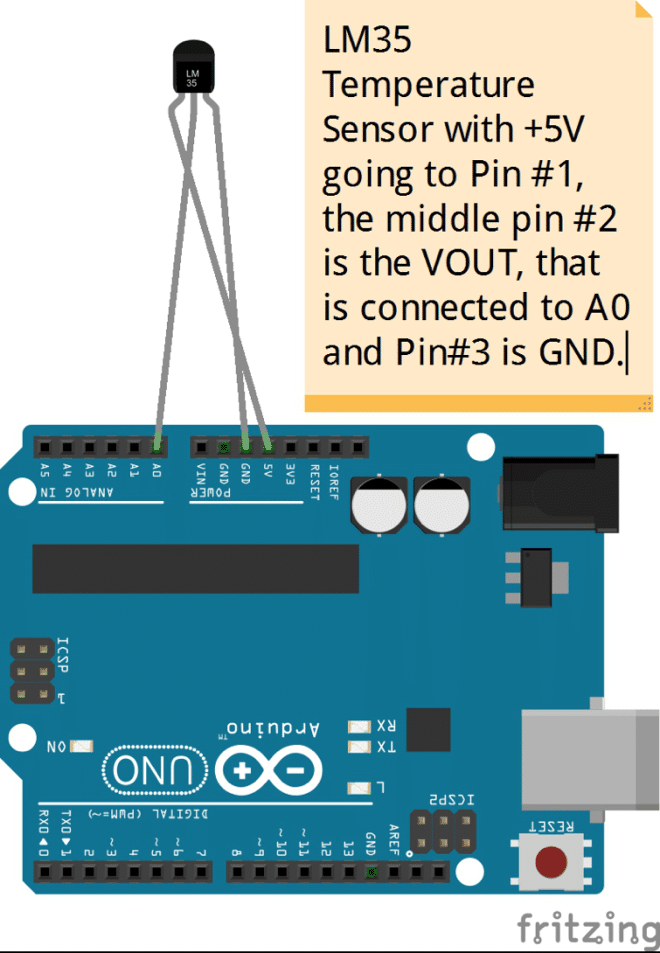 Of course, we used a breadboard to connect all this together but I am simplifying the diagram here so that you know what is connected to which pin.

The Arduino Code is straightforward as given below:

You will notice in the loop that every 10 seconds, we are printing out the temperature value that was read from the Analog Pin (#0).

If you run the serial port monitor that comes with the Arduino IDE and if the Arduino is powered up and connected as per the diagram shown, then you will find the Temperature value being printed on the serial monitor as given below: 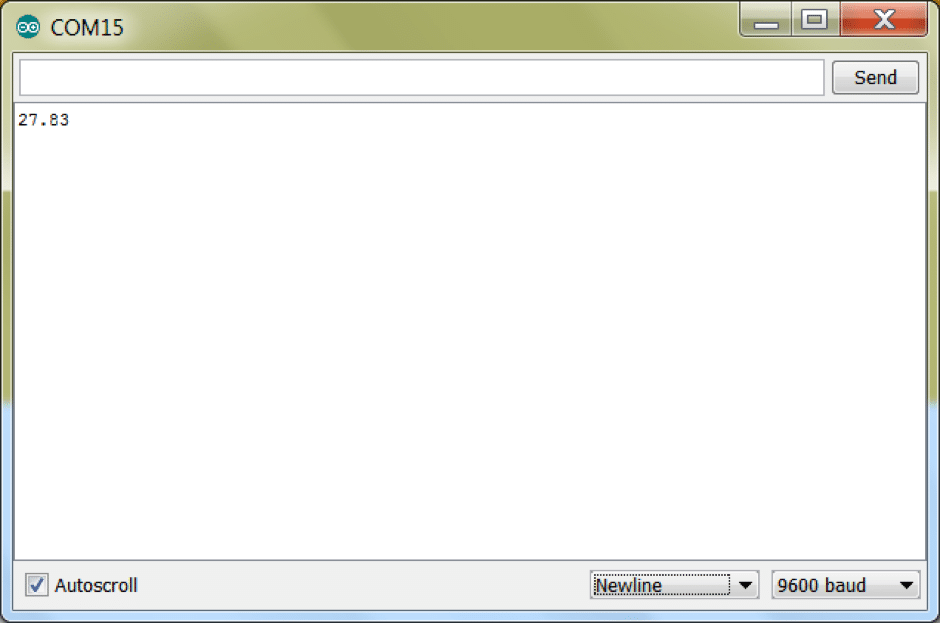 Once this happens, we know that the Arduino setup is looking good and all we need to do now is to write a client program on the PC that interfaces with this Arduino, read the values via the Serial port and then write those values to the InfluxDB database.

We can now integrate the code that we had used in the previous section to write to the InfluxDB database. The integrated code is shown below:

That completes the integration. We now have an end-to-end IoT Prototype application that is able to collect a temperature reading every 10 seconds and store that in InfluxDB. This is just one weather station reading this data. We can now provision and deploy multiple such weather stations across the city. Each of the weather stations will be having this setup and code and the only change will be the Station Name, which will be set to the particular Station Name.

Since we have created the Station Name as the tag, our InfluxDB setup can now help us store data as well as query it for all stations, multiple stations and more.

This concludes the tutorial for setting up InfluxDB and integrating it with an IoT project.