How to send sensor data to InfluxDB from an Arduino Uno

Since InfluxDB is a time series database, it’s the perfect candidate for storing data collected from sensors and various other devices that comprise the Internet of Things. In this article, we’ll look at a basic use case involving data collection from a temperature sensor connected to an Arduino Uno, then sent to InfluxDB via the native UDP plugin.

Since most of the processors present in Internet-enabled devices are designed to be energy-efficient (and thus relatively low-powered) and may also be connected via low-bandwidth links, it’s in our best interest to use communication methods that require as little processing and networking overhead as possible.

Therefore, UDP (User Datagram Protocol) is an excellent candidate for this exercise. Unline its sister protocol, TCP, it is connectionless - meaning that it doesn’t require any handshaking or waiting for acknowledgement of a successful data transmission. This also means that a potential downside of using UDP is that failed transmissions will go undetected. Because of this, it is often referred to as a “fire and forget” protocol.

Other protocols, such as MQTT, offer data transmission properties that are similar in efficiency to UDP, but require a more complicated client implementation in order to obtain better guarantees about data receipt.

Fortunately, sending data to InfluxDB is easy - it has a compact, text-based line protocol for writing data over both the HTTP API as well as the UDP interface. Points are provided one per line, with the following specification:

The timestamp field (specified in nanoseconds from the epoch) is optional, so a sample point could look like this:

In this example, the device specifies a tag, which allows for convenient indexing within InfluxDB. You can supply other tags to help identify the specific details about where or how that measurement was taken.

By default, the UDP interface on InfluxDB is disabled. You’ll want to modify the configuration file to look similar to this:

You’ll need to create the specified database before you can receive packets via the UDP interface. To do so, you can issue the following command with the InfluxDB CLI: 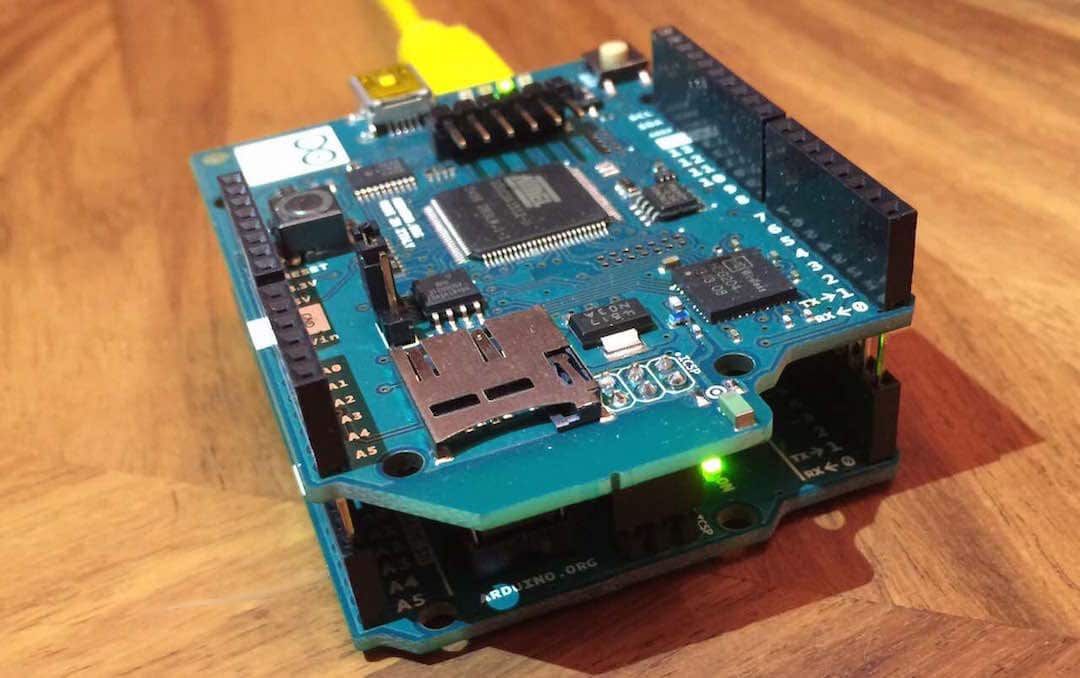 We'll be using the following hardware:

Note: Some versions of the Arduino WiFi Shield ship with a faulty firmware. If you run into trouble sending UDP packets after you’ve checked everything else, you can learn how to upgrade the firmwarehere.

This code assumes the TMP36 is attached to Analog Pin 0, and will poll once per second and send the value out to the specified InfluxDB host via UDP.

Once the data has been written to InfluxDB, now you can issue a query to retrieve it. The quickest way is to use curl from the command line. Using the host and port provided in the code example above, the following should give you the most recent point from the temperature measurement:

If data has successfully been received by InfluxDB, you should see a line this:

Congratulations - your data is being collected!

In the event that you don’t see any data points, here are a few things you can check:

Hopefully one of the above will help get you back on track. Good luck!