InfluxDB and Kafka: How Companies are Integrating the Two

As Kafka and time series databases gain popularity, it becomes increasingly valuable to understand how they are paired together to provide robust real-time data pipeline solutions. As the saying goes, the whole pipeline is greater than the sum of the Kafka and InfluxData parts.

Part One of this blog series includes:

According to Wikipedia, “Apache Kafka is an open-source stream-processing software platform, written in Scala and Java. The project aims to provide a unified, high-throughput, low-latency platform for handling real-time data feeds.” In other words, it allows you to build sophisticated data pipelines. Kafka is like three pieces of technology rolled into one:

Now let’s talk about some of those buzzwords. According to Kafka, here’s what sets it apart:

With Traditional Publish-Subscribe models, the messages are assigned to different topics which execute different functions. However, each message is published to each topic, and each subscriber must subscribe to each topic. As your network grows, the complexity of your stream increases exponentially. The resulting instability limits the degree to which Traditional Publish-Subscribe models can scale.

In other words, Kafka can scale processing and is multi-subscriber, making it truly scalable. To learn more about the differences between Shared Message Queues and Traditional Publish-Subscribe models, I highly recommend reading this article. Take a look at the documentation to learn more about how Kafka differs from its predecessors.

This one is easy. Because Kafka is horizontally scalable and designed to run as a cluster, you won’t lose your messages or processing protocol if one node goes down.

A short answer might attribute Kafka’s speed to it being written in Scala and Java, being open source, and contributed to by a wicked smart community. A better answer would touch upon 3 points:

The basics of Kafka

How Hulu and Wayfair are using InfluxDB and Kafka together

Hulu reduced their tangled celtic knot stream to a stable, fast, and durable stream with Kafka and InfluxDB and solved the problems that come with Traditional Publish-Subscribe models. Hulu used Kafka and InfluxDB to scale to over 1M metrics per second. With this new design, they are prepared to handle any problematic InfluxDB cluster. In the event that one goes offline, Kafka redirects writes to another InfluxDB cluster until the cluster is back up, ensuring consistency. They are also able to disable huge portions of their infrastructure and route the workload to datacenter another easily and without impacting the user. 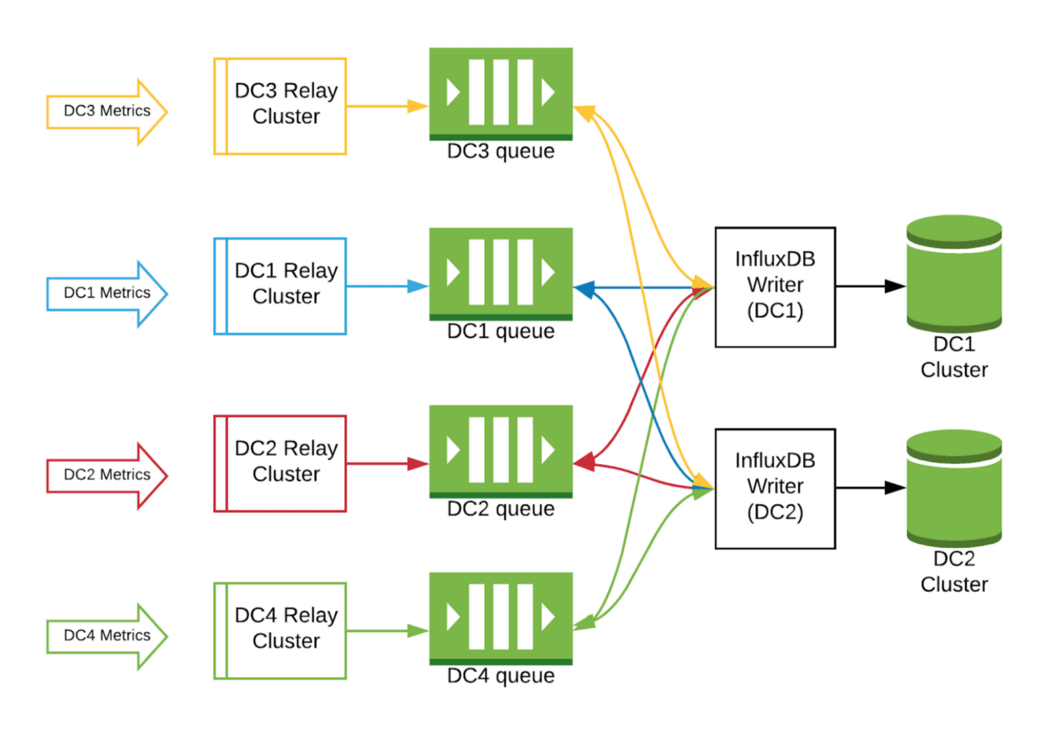 An architecture diagram from Hulu's blog: How Hulu Uses InfluxDB and Kafka to Scale to Over 1 Million Metrics a Second

Wayfair uses Kafka as a Message Queue for application metrics. In their architecture, Kafka is sandwiched between Telegraf agents. An Output Kafka Telegraf agent pipes metrics from their application to Kafka and then the Kafka-Consumer Telegraf agent collects those metrics from Kafka and sends them to InfluxDB. This model enables Wayfair to connect to multiple data centers, inject processing hooks ad hoc, and gain multi-day tolerance against severe outages. 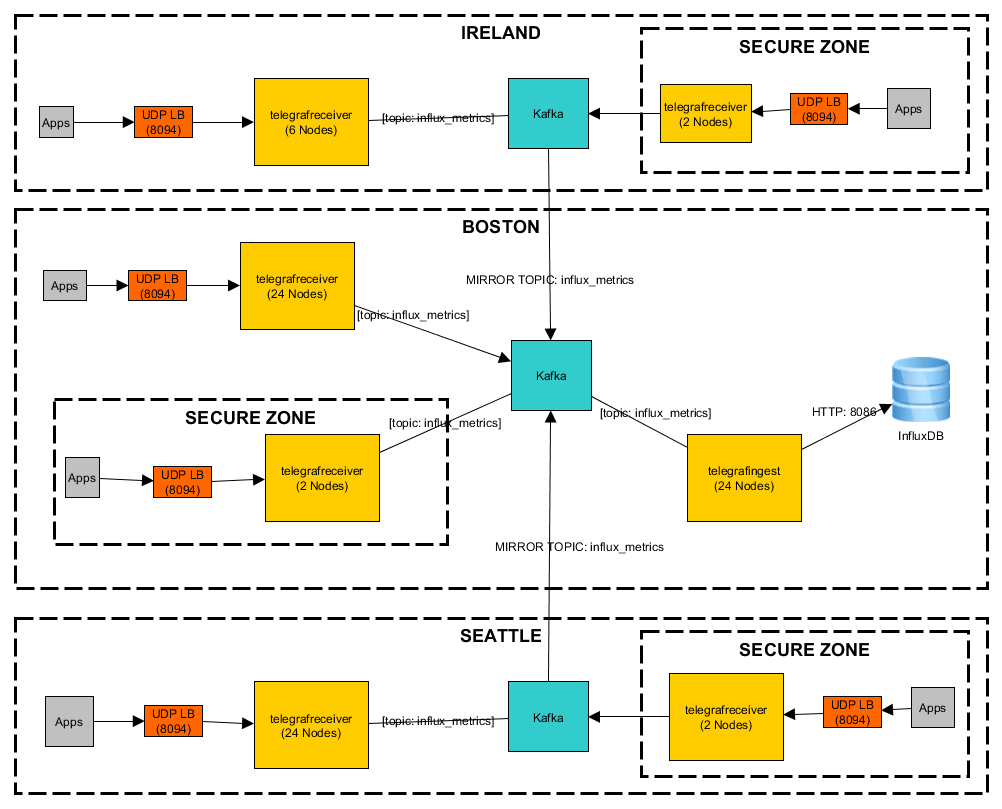 An architecture diagram from Wayfair's blog: Then and Now: The Rethinking of Time Series Data at Wayfair

Learn more about Kafka and InfluxDB

Kafka enables companies to architect real-time, scalable and tolerant data pipelines. Hulu uses InfluxDB and Kafka to tackle their high-throughput metric ingestion requirements. If you’re new to Kafka and this blog inspired you to try it out, take a look at Deploying Confluent Platform (Kafka) OSS using Docker and this Kafka-Docker repo. If you have any questions, please post them on our community site or Slack channel.