Why An IoT Guy Joined InfluxData 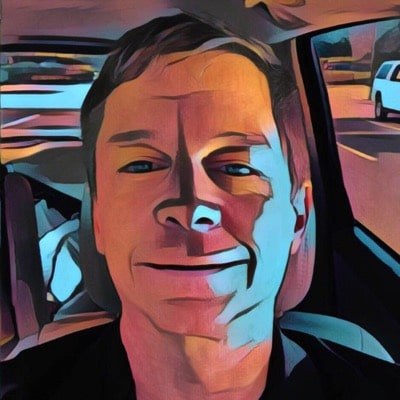 It’s my first week here at InfluxData, and I’ve been asked “Why would this IoT guy join InfluxData?” a bunch of times. Well glad you asked! First, a little bit about me as an IoT guy, and then why I joined InfluxData and why it’s a perfect fit.

Who's This IoT Guy?

I am. I’ve been an IoT guy for a very long time. Longer than IoT has been ‘a thing’ really. I was involved in a discussion about how long the term ‘IoT’ has been in general use a few weeks ago in which someone said “before 2013/14 not many people ever used the term IoT.” To which I responded with a link to a website I built back in 2005 that talked about the Internet of Things. We built an IoT ‘Platform for Innovation’ back in 2003/04. Before Arduino. Before Raspberry Pi. Before almost anyone.

I’ve built some crazy things with IoT platformsfrom a robot that translates text messages into semaphore to a robot that can climb an ethernet cable and hundreds of other projects.

What's the IoT Really About?

Before I can answer why it’s such a natural fit, I thought I should first dive into what the IoT is really about. And I’m probably not going to say what you think I am. It’s not about devices. It’s not about wearables. It’s not even about industrial automation. It’s about data. I’ve said it beforein fact many times for over a decade. The IoT is about data. It’s about collecting, analyzing and taking action based on data.

Yes, the individual devices are what gather the data. They gather readings on temperature, rainfall, vibration, whatever you happen to want measured and tracked. But by itself, that measurement device isn’t really the IoT. It’s just a device, gathering data. What you do with that data, now that’s where the IoT gets interesting!

Ok, So It's About Data

Yes it is. It’s all about the data. Which is why I’m here at InfluxDB. They are a Time Series Database companyreally a complete Time Series Platformthat is a perfect solution to the vast amounts of data coming out of IoT deployments. IoT data comes at you fast, and in large quantities, so being able to handle an incoming tsunami of dataand it’s a constant tsunami, not just an occasional waveis critical to success. But the IoT is about more than just where you put your data. it’s also about what you do with that data once you’ve put it somewhere. Almost anyone can store your IoT data though, to be honest, you really want a time-series database for it, not just any old database. IoT data is, almost by definition, time series data. It is a sensor reading at a given point in time. Time series. Being able to view and analyze that data, in real-time, is what makes IoT useful. And let’s not forget actually taking action based on the data analysis.

All of those are, it turns out, InfluxDB’s strong suits. Ingestion of massive quantities of time-series data, in real time. Real-time analysis of data. Taking action based on the data. That’s what makes the IoT something useful, and that’s what InfluxDB does. And does better than anyone else.

Honestly, I thought I wanted to go to an IoT developer platform company. Someplace that made IoT developer kits. But as someone once told me “I hope you never get what you think you want.” Because I’ve found something much better. It’s something that will let me do some hardware development (I’ve already got some cool IoT demos planned) and some software development. It will also let me show off this incredible platform for IoT data.

The last reason I’m here is because of the company, and the people. I went through a grueling 8 interviews in 7 days and I enjoyed every minute of it. I liked everyone I spoke with. I respected everyone I met. They all respected me and my time. They have a set of core values that spoke to me, and resonated with me. More importantly, every person I met has been someone that represents those core values. Not someone that just agrees with them, but someone for whom those values are also who they are. That’s a rare thing, and it’s a special thing, and I didn’t want to miss that.