Where is InfluxData at re:Invent? Speaking of re:Invent sessions, our own VP of Product, Tim Hall, will be presenting on how InfluxDB works with AWS, both for DevOps monitoring as well as IoT sensor and device data collection. In particular, Tim will explain how you can integrate time series data with non–time series data resident in other AWS sources, such as MySQL, Postgres and MariaDB. The goal is to improve the amount of time it takes to solve problems, or “time to awesome,” while reducing the amount of code you have to write. Tim’s session is on Tuesday, December 3 from 3:40 pm to 4:00 pm, at Aria, Level 1 West, Nuvola Theater - Expo Hall. Session ID number: #DEM50-S-NP. Be sure to reserve your spot in advance!

In addition, we’ll have a booth at re:Invent, booth #713. So come on by and see how we can help you monitor your systems and applications built on AWS. Speaking of which…

How does InfluxDB integrate with AWS? InfluxDB provides a number of integration points into AWS, including:

Where does InfluxDB run? InfluxDB Cloud runs as a fully managed database-as-a-service in both AWS Oregon and AWS Frankfurt. If you’d like more control, you can find InfluxDB Enterprise in the AWS Marketplace to run in nearly every AWS region worldwide. And you can download InfluxDB open source to run on your Mac or Windows development environment.

AWS Reinvent is a huge show, so we thought we’d put together this guide to help you get the most out of it. Let’s start with the basics…

What is AWS re:Invent? AWS re:Invent  is the leading conference for Amazon Web Services users, customers, and partners. re:Invent  one of the largest cloud computing conferences in the world, with over 60,000 attendees, 2500 technical sessions, training and certification, partner exhibits, parties and more. 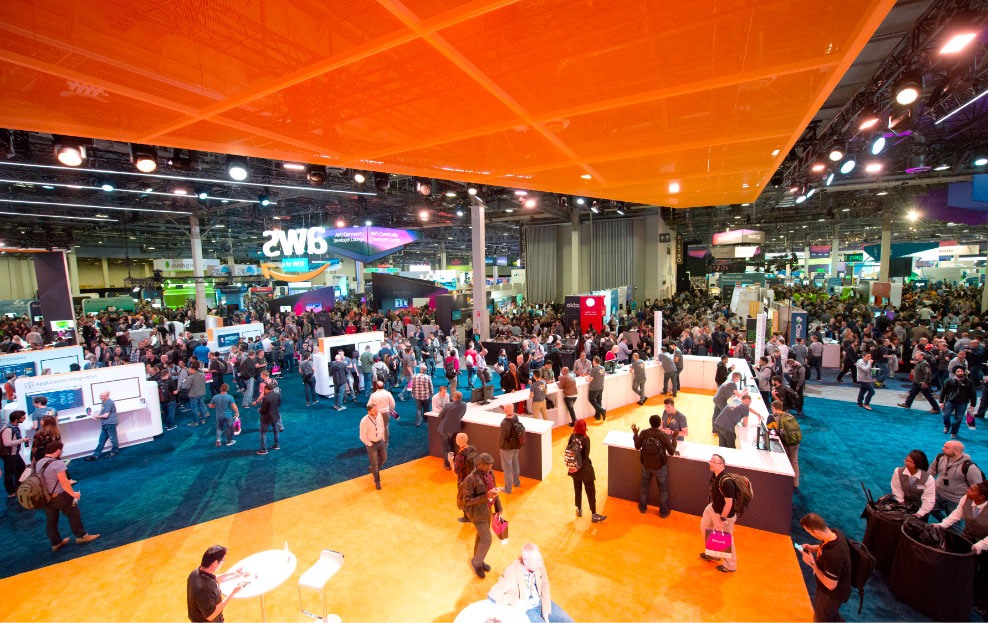 Where is AWS re:Invent being held? AWS Reinvent is being held in six different venues: ARIA, Bellagio, Encore at Wynn, MGM, Mirage, and The Venetian. This is much more spread out than most conferences, even past editions of Reinvent, so you’ll want to plan your transportation between events. Thankfully, Amazon has put together this handy Reinvent guide to getting around. 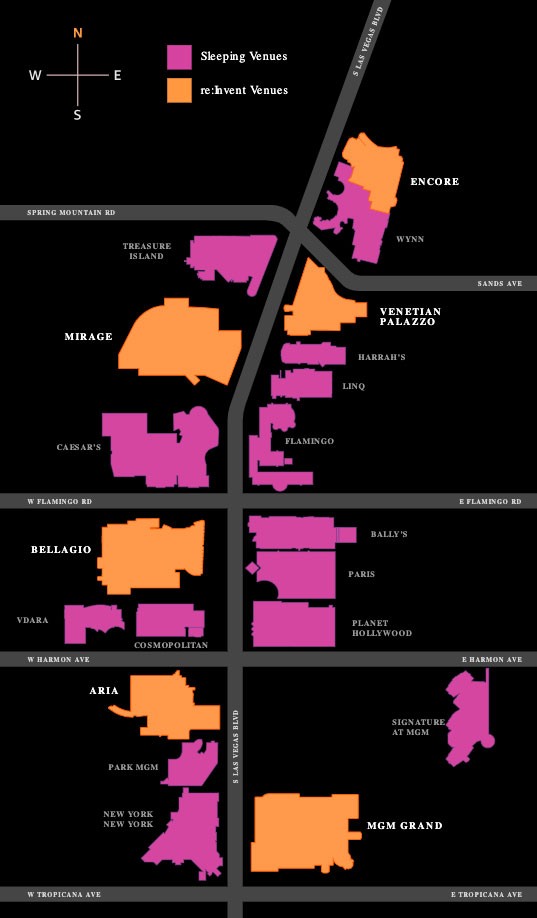 Where to get your AWS re:Invent badge? You can get your re:Invent page at The Venetian, ideally as early as possible on Sunday. Badge pickup starts at 9 am on Sunday.

Does AWS re:Invent have livestreams? Yes, AWS is livestreaming the keynotes, which you can view here. That’s especially handy because the keynotes are fully booked last I checked.

How to find AWS re:Invent on Instagram? The official AWS Instagram account is @amazonwebservices and people tend to use the #awsreinvent hashtag. (The #reinvent hashtag isn’t all that relevant to AWS.)

Where is the list of AWS re:Invent sessions? The AWS re:Invent session catalog is here. Thankfully AWS has provided lots of ways to filter so you can zero in on exactly what you’re looking for. For instance, here are all their time series sessions, as well as their IoT sessions.

How to pick which re:Invent sessions to attend? AWS has put together this collection of guides for people interested in DevOps, cloud development, containers, and more:

How do I reserve a seat at a re:Invent session? Reserve your seat at AWS re:Invent sessions here, at the session catalog. However, make sure you get to your session 10 minutes before it starts; if you don’t, it will be released and you’ll be out of luck.

Where can I find more tips on AWS re:Invent? This guide to AWS Reinvent contains plenty more tips that you can dive into.

Hope to see you at AWS re:Invent 2019! And if you can’t make it, be sure to try out InfluxDB for yourself.