InfluxDB Cloud allows users to create API tokens that are used for authentication and authorization to sets of resources when interacting with our API. We recently made changes to the user interface so that after generating a token, you will need to immediately store it in a secure vault of your choosing for safekeeping.

We made this change to conform to industry best practices around both token generation and retrieval.

After initial viewing, the token value itself will become hidden, and you will no longer be able to view it later through the InfluxDB Cloud user interface. Users will still be able to view all other information about a token such as when it was created, who created it, when it was last used and what permissions it grants.

What do I do if I can’t retrieve my token?

Because you can no longer retrieve a token via the UI, you should generate a new token with the same permissions using the “Clone” option (described below). Take care to store this new token in a secure vault of your choosing.

What other changes have been made?

Users can now create an all access API token, or custom API  tokens by selecting any combination of individual buckets, Telegraf configurations and the many other resources within the InfluxDB Cloud user interface. Previously, the only permissions exposed were the read/write access for all or individual buckets. 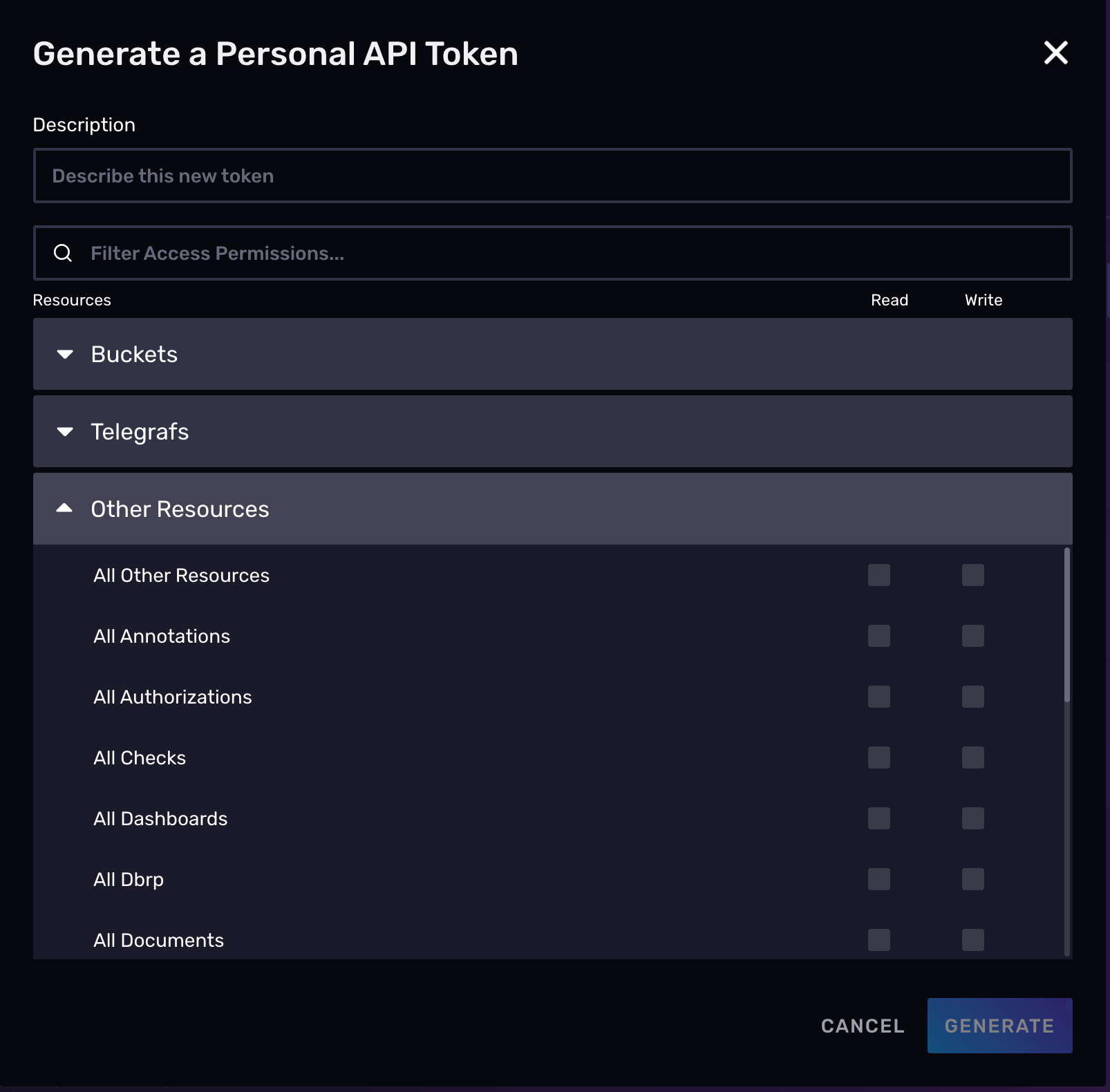 You can also filter across buckets, Telegraf Configurations and all other resources using the filter search box on the creation overlay as well as the edit overlay.

If you don’t provide a description for a token, one will automatically be generated for you. But it is good practice to name a token based on things like the resource(s) it is for, the level of access, whether it is read or write etc. This will make it easier to remember what a token is for in the future. And also remember to name each token similarly when you store it in the safe vault of your choosing.

Can I disable a token?

While viewing the token itself, you can update the status to be active or inactive as well as update the description of the token.

Can I create a new token with the same permissions as an existing token?

You now have the ability to clone a token. This will create a new token with all of the permission settings from the original token selected. This displays a new token value that can be copied and stored in a secure vault of your choosing. You can also rename this new token, so you can tell them apart.

Where can I learn more about InfluxDB API tokens?

This past blog post has a lot of great information and tech tips on using API tokens, though it does not mention the new features of this post.