With InfluxDB you can use Tasks to process data on a schedule. You can also use tasks to write custom alerts. However, sometimes your task will fail. In this TLDR, we’ll learn how to debug your task with the InfluxDB UI and the InfluxDB CLI.

Debugging tasks with the InfluxDB UI

The InfluxDB UI is full of information about your tasks to help you understand more about the tasks you’re running.

<figcaption> Screenshot of the Tasks page in the InfluxDB UI that allows you to view your list of tasks, their run status (active or inactive) and much more</figcaption>

Here are some of the UI features of the Task page you should familiarize yourself with: 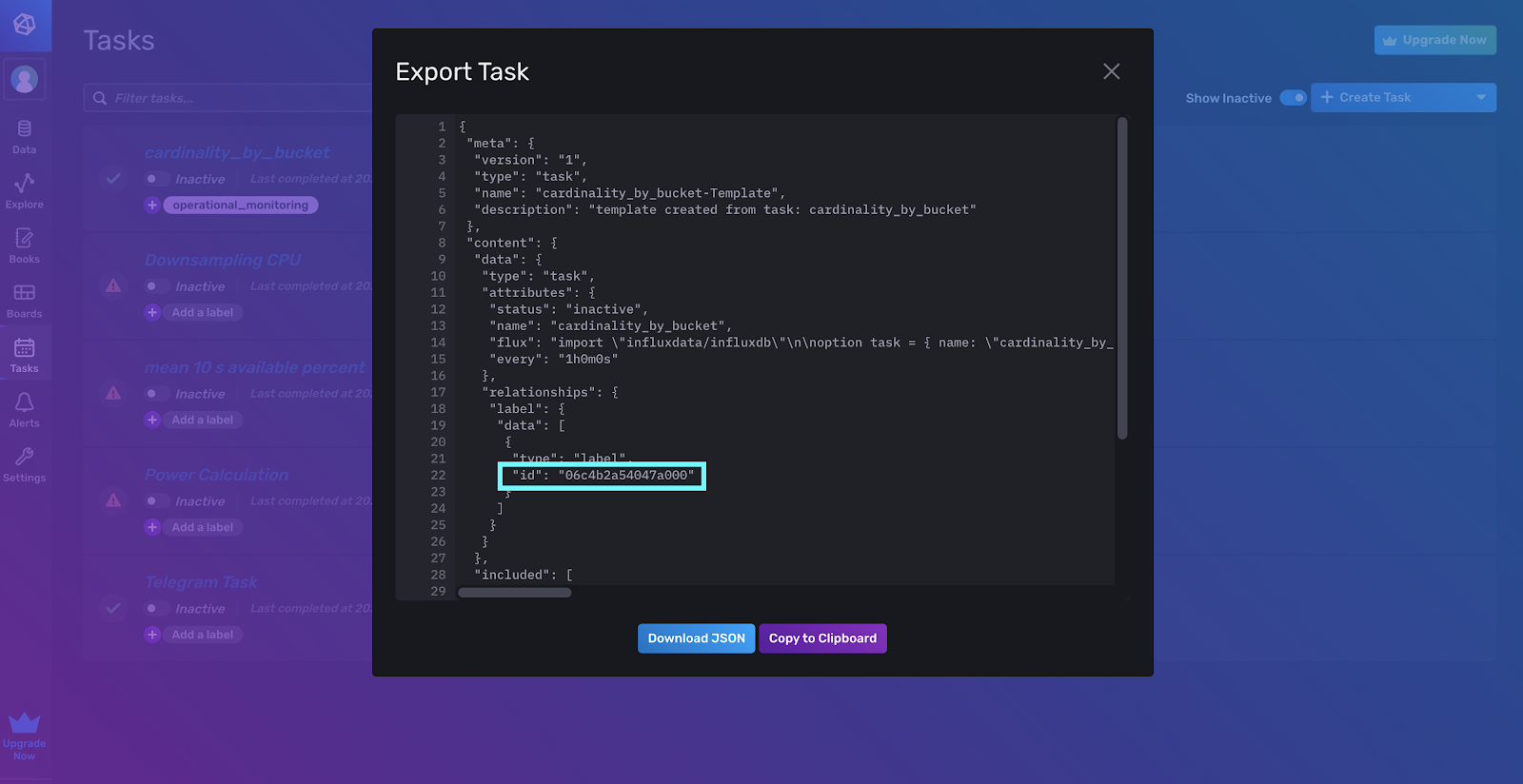 Here you can view a list of runs, when the task was scheduled to run, when it was executed, and the duration that it took the task to run. You can also view individual logs for each task run. Clicking on the View Logs button allows you to view the logs for each run. In the example below, I get the error “could not find bucket: “boo”: failed to initialize execute state”. This error helps me understand that I’m querying from a bucket that doesn’t exist in my InfluxDB Instance. I can now toggle my task to inactive, change the Flux script in my task to gather data from the correct bucket to address this issue, and finally toggle my task back to active.

Debugging tasks with the InfluxDB CLI

Check out this TL;DR InfluxDB Tech Tips – How to Use the CLI Locally to Access the Flux REPL and Write a Regular CSV to InfluxDB Cloud for another example that demonstrates how to set up your configuration profile and highlights why CLI configurations are so useful.

Use the influx task retry-failed command to rerun a failed task with:

Use the influx task run retry commands to rerun any task run with:

The easiest way to gather your Task ID is to find it underneath the Task name under the Tasks page in the UI.

Finally, it’s worth knowing that CLI allows you to output the result as a JSON with the --json option. You can then pipe that JSON into jq, a lightweight command line JSON processor, to easily find failed runs. For example, you could find a failed task run ID’s with:

General advice on tasks – use InfluxDB to monitor your tasks

InfluxDB is largely used for monitoring, so it’s a good idea to use InfluxDB to monitor your own tasks. Every time a check or task runs, the corresponding statuses, logs, runIDs, etc. are written to the _task system bucket. It’s a good idea to create an Alert to monitor mission-critical tasks and receive a notification with the task ID and run ID, so you can rerun the task. Here’s a task that looks for failed tasks. If you wanted to include the run ID as part of the task message, simply change line 37 to: ("The task: ${r.taskID} - ${r.name} - ${r.runID} - has a status of ${r.status}"). You can configure http and Slack notification endpoints through the UI. You can configure additional notification endpoints with custom Flux packages including Discord, Opsgenie, PagerDuty, Sensu, Telegram, and Microsoft Teams . Learn how to configure a custom notification endpoint with a Task and the Flux Telegram endpoint.

I hope this InfluxDB Tech Tips post inspires you to take advantage of InfluxDB to monitor and debug your own Tasks. If you are creating cool or unique Tasks, please ask us for help and share your story! Share your thoughts, concerns, or questions in the comments section, on our community site, or in our Slack channel. We’d love to get your feedback and help you with any problems you run into!