Yesterday (that would be 12/14/2017) I participated in a live Twitter Chat hosted by @rackspace that they call #cloudchat. Apparently this is a regular event that they host, but this latest one was focused specifically on the Internet Of Things, which is why they asked me to participate. I’ll say upfront that in general twitter live-chats, etc. tend to go pear-shaped pretty quickly. Hashtag pirates, spammers, etc. tend to find them fairly quickly and pollute them with garbage. That being said, this one was actually different. It had many great participants, and was lively, active, and almost devoid of interlopers. (If you search the hashtag now, however, you will see some later posts that did try to hijack the hashtag for publicity.)

Rackspace collected a ‘Twitter Moment’ of the chat and I’d encourage you to go read through it. It won’t take you long, but there were some very lively and interesting discussions happening around the Internet of Things.

The list of questions for the #cloudchat was as follows:

Here are some of my highlights though, in no particular order: 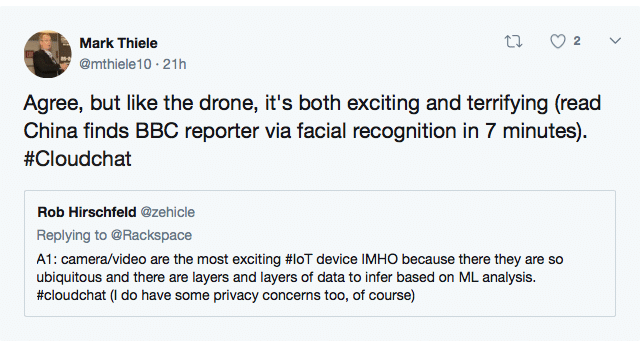 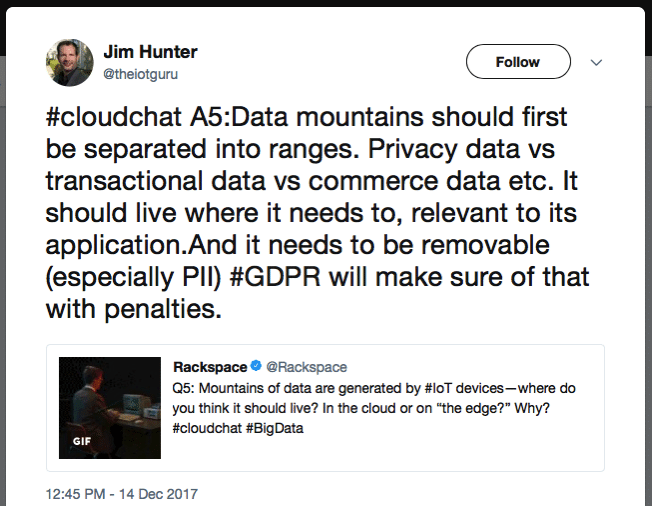 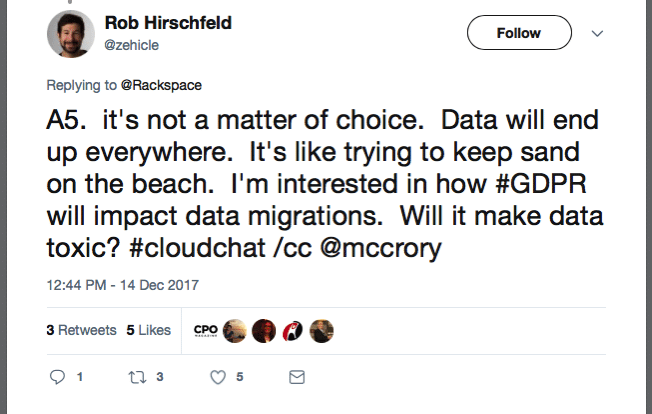 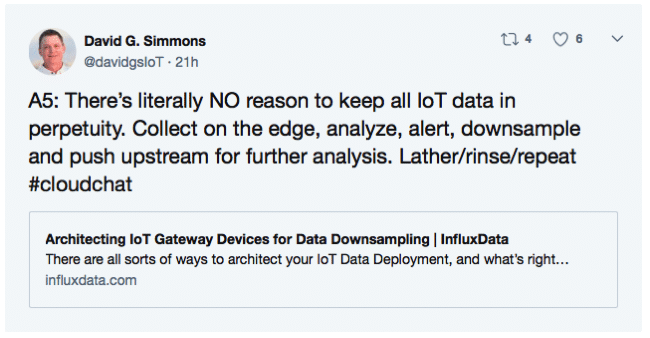 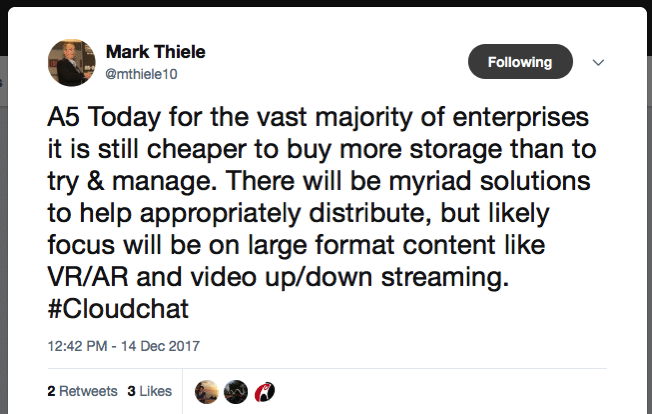 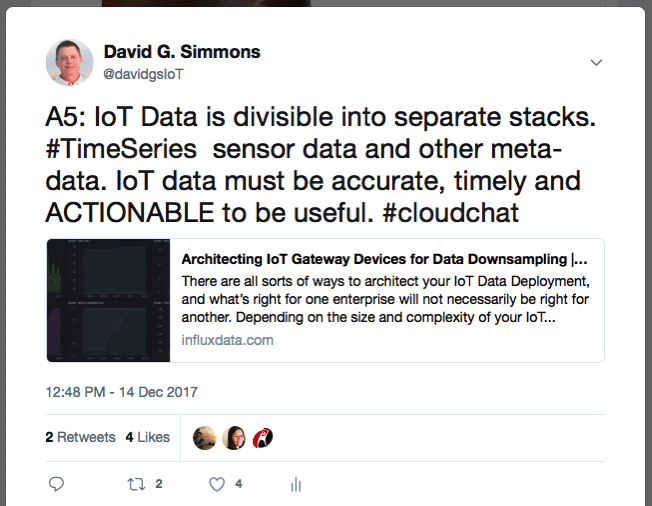 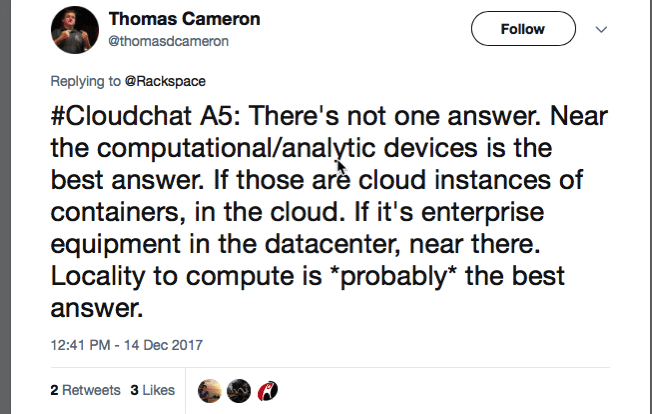 Again, I seriously encourage you to read through the entire exchange as there were some really interesting moments, as well as a few truly hilarious ones: 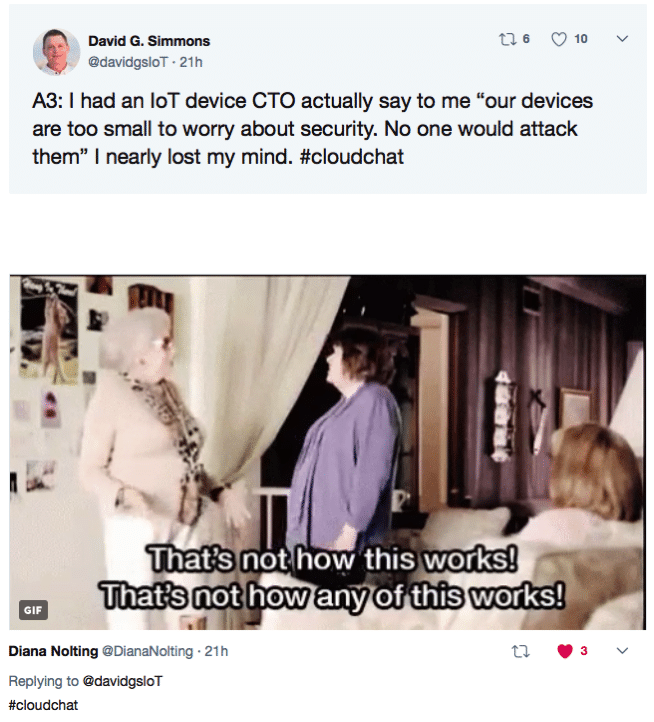 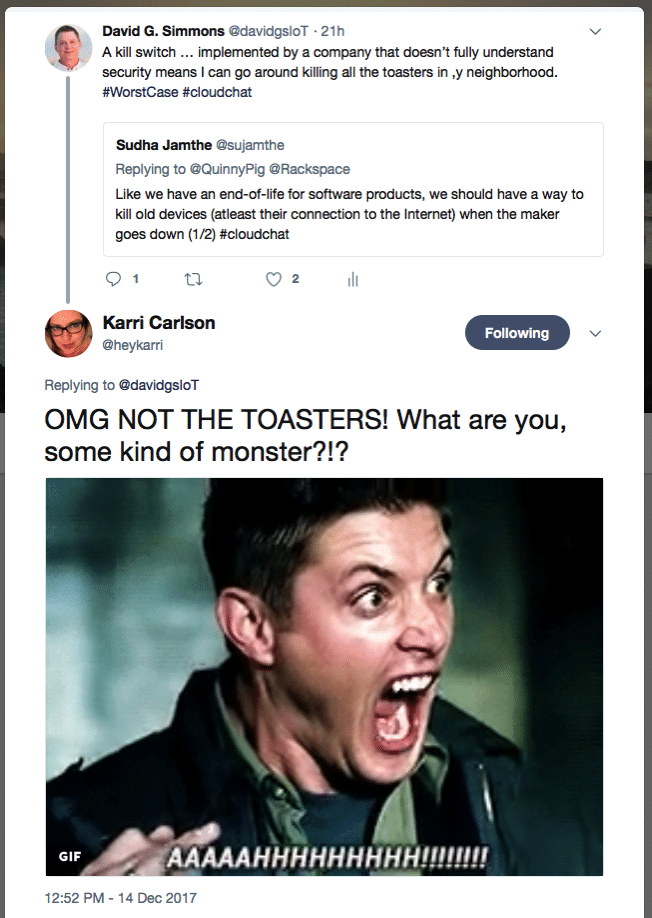 I also found it quite interestingand more than a little bit coincidentalthat we had some lively discussion about where IoT data should live, and where IoT data computation should happen on the very day that I posted a blog post on building an IoT Gateway that can do data analysis and downsampling.