What I've Learned from My Internship at InfluxData 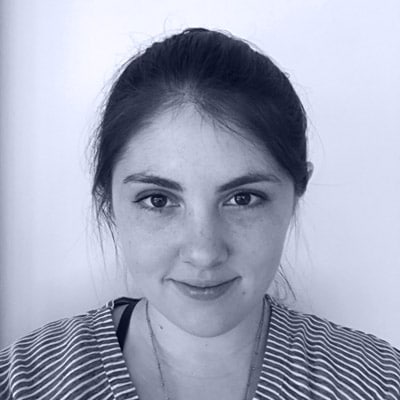 Throughout the summer, I’ve gotten the chance to meet some amazing people, work on an exciting project, and learn far more about the tech industry than I imagined I could during a remote internship. I’ve already written a blog post with my fellow intern, Rashi Bose, about the project we worked on together, but I also wanted to talk about what I’ve learned from the people I’ve gotten the chance to talk to and work with at InfluxData. Thus, I decided to put together a list of the most memorable pieces of advice I’ve received this summer.

This is true for both businesses and individuals, but I’m assuming most people reading this post (like me) don’t own a company, so let’s talk about why you should have an individual code of conduct. Rick happens to be a Quaker. As some may know, Quakers were said to be successful in business not because they were necessarily smarter than their competition but because they had a reputation for being honest. Regardless of your beliefs, reputation matters. With tech companies out to maximize profits, it’s easy to turn to more unethical behavior to get an edge on the competition. However, doing so can haunt you, and the short-term benefits aren’t worth your morals and reputation, so try to find a company whose code of conduct aligns with your own (or you could always start your own business I suppose).

2. "Don't force-push unless you really, REALLY mean to." – Bucky Schwarz

This one may seem kind of obvious, I know, but it’s a big one for software engineers. Everyone tells you not to force-push, but you don’t grasp just how bad an idea it is until you make this mistake for yourself. One of the first things Bucky, my mentor, told me when I started working this summer was to check twice that I’m force-pushing the right code to the right branch, as the worst mistake you can make is force-pushing the wrong code to the master branch. Luckily, I’ve never made that mistake, but there was one morning where I was trying to squash some commits and force-pushed every commit that had been made in a repository for the last month to my branch. Luckily, after an hour or so of freaking out while waiting for Bucky to come online, the issue was solved. Still, I would have saved myself a lot of anxiety if I had just double-checked what commits I had squashed before I force-pushed.

3. "Find mentors, both in your career and in life." – Andrew Watkins

Before this summer, I’d never thought about consciously seeking out people to mentor me, let alone asking them point-blank if they would. However, talking to Watts about the effect mentorship has had on his life won me over. Having people to motivate, challenge and advise you is invaluable in any aspect of life. Especially in the tech industry, having someone to help you navigate through your career can be critical to helping you avoid landmines and achieve your goals. Right now, I’m still not entirely comfortable with the idea of straight-up asking someone to mentor me, though I have become more conscious of who fills that role in my life right now, as it’s a relationship that should be valued and maintained.

4. "Don't solve an issue before you need to." – Molly Norris Walker

To be honest, Molly probably has no idea she gave me this advice or that it would have such an impact on me, but I wanted to include it because this was the most shocking difference between programming in an academic setting and an industrial one to me. Before now, I’ve only worked on projects to further my knowledge of software development, and those projects have only been reviewed by professors and peers. I spent as long as I needed to perfect those projects because there was a direct correlation to how perfect the product was and my grade. In industry, on the other hand, time is money. You don’t spend money on something unless there is a need. I only fully understood this lesson after I wrote up a summary of the state of the pop-up notifications in our InfluxDB Cloud, as their behavior was notably inconsistent. My summary was well- received, but in the end, the information I compiled was never used, as Molly pointed out that the inconsistency hadn’t accumulated enough that the issue was impacting user experience or business goals. I understand the reasoning behind this decision and even agree with it, but at the time I was shocked that it was preferable to have an imperfect product than spend the time fixing it without a pressing need. This experience opened my eyes to all of the thought that goes into prioritizing what the engineers spend their time developing.

5. "Find a daily routine that brings you joy." – Ariel Salem

This is probably my favorite piece of advice I’ve received (so maybe I did order my list, sue me). Even in a remote-first company like InfluxData, working remotely can be isolating and stressful. Therefore it’s important to incorporate activities into your daily routine that you’ll look forward to and enjoy. Over the summer, I’ve grown to enjoy waking up a little early to enjoy a cup of coffee on my patio before starting work for the day. I’ve tried a few different activities, but that was the one that stuck. Whether it’s watching the sunrise or taking a walk during your lunch break, do something that brings you peace on your worst days. Find things that make you happy and do them. :)