Why I Joined InfluxData – David Webb 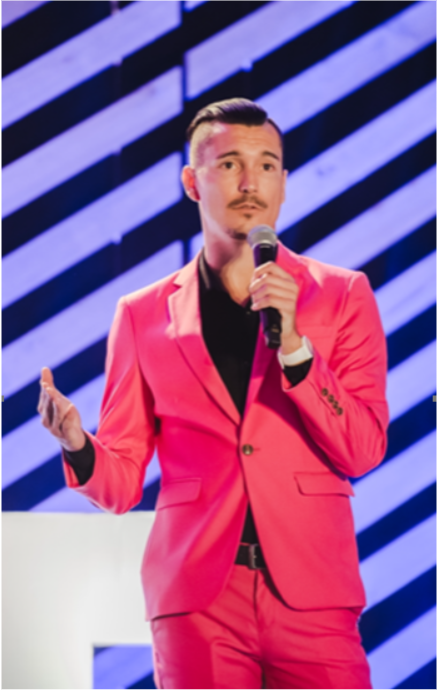 I vividly remember my first experience with the concept of eternity, declaring to my mom from the back seat of our ‘91 Camry that “space has to end at some point.” My young mind couldn’t comprehend something that keeps going and going, beginning again right where you think it ends. There was too much to think about and it all rattled around my head with a dizzying effect. Understanding there was no end, I felt small because I realized I was part of something great.

Many years later, after eventually accepting the eternity of space for what it is, I connected with my former manager, Shaena Horn, about an opening at InfluxData.  After looking into the product, I felt – at least for the second time in my life – small. There seemed to be so many possibilities and I was just beginning to understand.  The opportunity began to seem huge.

As I researched the company further, three things stood out:

The employees love what they do...

There is a large community supporting and influencing the product through open source, just as the Influx employees are committed to the open source. But the commitment doesn’t stop at the employee-client/user relationship. These employees don’t just use the product at work, for work; they leverage the product for their own personal projects and hobbies. These passions shape the product and company alike.

“We embrace failure.” This jumped off the screen. This was different.  Never had I seen such a bold company value and for that reason, I loved it. A company that’s not afraid of trying new things in attempts to get better will not settle for mediocrity. I wasn’t looking to be part of “just another company” going through the motions of staying afloat, never growing bigger, never getting better.  I accepted this as a challenge: I can only grow better if I allow myself to learn from my mistakes.

The product is the way of the future...

After joining InfluxData, I quickly learned even more of the endless possibilities for the need of time series databases. Dreams of today – from the increase of satellites orbiting the Earth, to space hotels and colonies on Mars – will become a reality of tomorrow. Once again, the elusive answer lies somewhere in the eternity of space.

Once again, I feel part of something great.