Why I Joined InfluxData - Jamie Strandboge 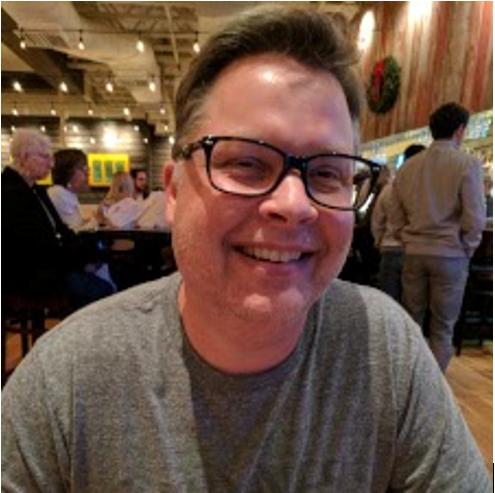 I didn’t set out on my career path, at least not intentionally. After college, I was certain I wanted to write and perform music for a living, but while working at an odd job I discovered I really liked “working with computers”. I didn’t really know what that meant since my degree is in English, so I thought I’d go back to school for Computer Science. While there, a kind professor handed me a copy of RedHat 5.0 (did I just date myself?) so I could do my projects at home, allowing me to help with the baby on the way.

I had compilers and editors and desktops and servers and source code all just in this box of CDs. It was Free, and I was free to tear stuff apart and examine it and learn. Not long after, I moved to Debian and over the next few years bought probably thousands of dollars in computer books and just devoured them. I also got some old IBM computers second-hand and set up a little network to learn all I could about server software, which led me to develop an intense interest in security. It was fantastic.

Fast forward a bit, and I found myself setting up a business with Debian Woody. Back then Debian stable still had the GNOME 1.4 desktop (aliased fonts!) and I found an unofficial set of GNOME 2 packages (anti-aliased fonts! ;), but I really wanted GNOME 2.2 for the business laptops. The developer didn’t plan on providing 2.2 packages, so I took up that work by providing a full, “modern” desktop including Xfree86, evolution, Mozilla, and a whole lot more. I realized that I had a pretty good thing going and thought others could benefit, so I released all of it as the “GNOME 2.2 Backport for Debian Woody” and provided security support and an upgrade path for the backport for more than 3 years until Woody’s end of life. People seemed to really like it, and this experience helped me understand how much good you can bring to people by working on open source software.

Thinking back on my experience and Ubuntu’s roots, it was almost inevitable that I started working for Canonical, where I worked for 13 years in various capacities on the Ubuntu Security team. While there, I learned from my colleagues, stretched and grew. I started doing reactive security but then took on various engineering-focused leadership roles. Eventually I worked for now fellow Influxer Rick Spencer. We worked in earnest on the Ubuntu Phone where I spent most of my time designing and maintaining the application sandbox for the new ‘click’ packaging format. After a while, click packages evolved into snaps where I spent lots of time on its even more ambitious sandboxing mechanism that took advantage of cool Linux security primitives like AppArmor, seccomp, namespaces, capabilities, cgroups and more.

Snaps really took off, and I found myself helping teammates, community members and partners with their applications packaged as snaps by routinely deep-diving into all kinds of disparate topics and codebases like the kernel, systemd, Kubernetes, the chromium content API, robotics, wayland, containerd, polkit, DBus, (what felt like) a gazillion syscalls and on and on. For someone who loves to learn, I learned a lot!

Late last year, I was ready for a change and I reflected on my career and thought about what was important to me. I serendipitously read Rick’s Why I Joined InfluxDB where he discusses what he feels the three components of loving your job are:

This really resonated with me. After some wonderful conversations with Rick and other great folks (you know who you are!), I joined InfluxData late last January.

At InfluxData, an important part of our mission is providing great tools and experiences for developers so they can do great things. Since I’m happiest when I’m able to bring value by helping others achieve their goals, what we do as a company aligns perfectly for me. We have a culture of working together, and day-to-day, I’m able to share my experience to help solve interesting problems and learn a bunch of cool new stuff in the process.

In terms of how we do things, open source (an important theme in my career) is the foundation of InfluxData. The heart of our products is open source, we develop with open source tools and we run on infrastructure built on open source. Plus, we are a distributed company, and I’m free to work where I want and free to choose the tools that work best for me (open source of course).

I’ve had the pleasure to work with many great people during my career, but there is something different and special about InfluxData. I had the opportunity to talk with Ryan Betts before starting and he spoke warmly to the importance of culture, inclusion and kindness. This was echoed throughout the hiring process and after I joined. My team and everyone I’ve worked with have all been fantastic! Now I get to experience and be a part of our culture all while working alongside and for passionate, talented and kind people every day.

Six months in, I’m very grateful for the opportunity and so glad I joined.