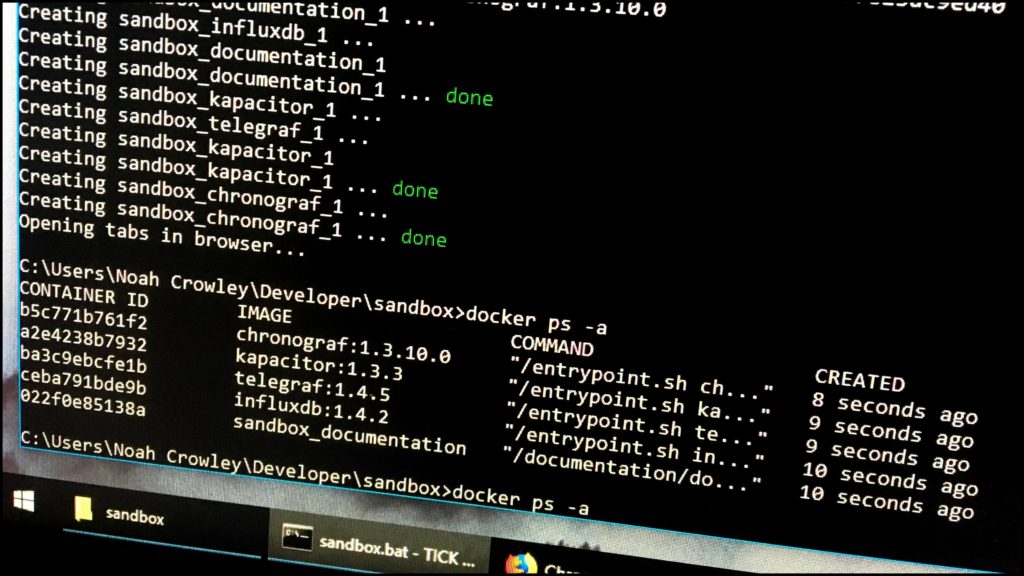 We’ve updated the TICK Sandbox with some new functionality and an additional tutorial!

The TICK Sandbox is the fastest way to get started with the entire TICK Stack by bringing up each component in Docker, simulating a production InfluxData installation running on separate machines without the management complexity.

To try out the sandbox, you’ll need docker, docker-compose, and git installed. Atlassian has some great guides for getting up and running with git on various platforms, and Docker provides desktop applications for macOS and Windows and install instructions for various Linux distributions.

Once you have the prerequisites installed, just clone the influxdata/sandbox repository and follow the instructions in the README to get started.

To request a new tutorial or provide feedback, you can open an issue on GitHub or create a post on the InfluxData Community.

Start the discussion at community.influxdata.com