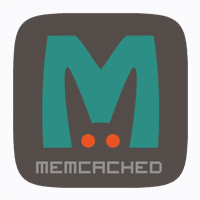 Memcached is a free and open source, high-performance, distributed memory object caching system, generic in nature, but intended for use in speeding up dynamic web applications by alleviating database load. Memcached was originally developed by Brad Fitzpatrick for LiveJournal in 2003.  Telegraf can be used as a Memcached monitoring plugin.

Collect metrics from your Memcached monitoring in-memory key-value store. Typically, this means making sure that are required processes are running as expected, resource usage is within limits, queries are executing correctly, and checking for specific failures.

Memcached is an in-memory key-value store for small arbitrary data (strings, objects) from results of database calls, API calls, or page rendering. It is like a short-term memory for your applications. It allows you to take memory from parts of your system where you have more than you need and make it accessible to areas where you have less than you need. Memcached also allows you to make better use of your memory.

Telegraf is a plugin-driven server agent for collecting metrics and events from hundreds of different sources.

How to Monitor Your SNMP Devices with Telegraf

A blog post on how you can monitor your devices with the Telegraf SNMP Plugin.