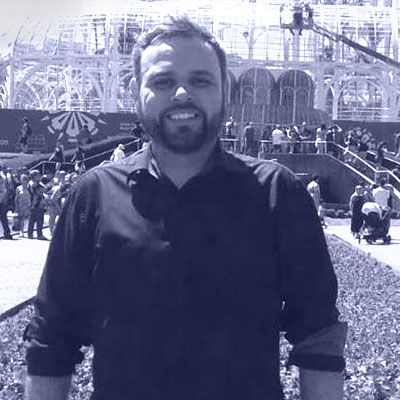 Felipe dos Santos works in Brazil as a cloud solutions architect passionate about cloud technologies and operations automation. Monitoring and alerting aspects of cloud operations made him embrace InfluxData’s TICK Stack as a must-have tool. Felipe currently does consulting work for companies in multiple segments, such as Telco, Finance and Retail, to implement cloud solutions with preemptive and proactive monitoring aiming at higher-service quality, but also leading these organizations to a more data-centric culture. As time series databases are still in the greenfield of early adopters in Brazil, Felipe noticed some resistance from companies to embrace purpose-built TSDBs due to lack of trained personnel. So he decided to introduce InfluxDB discussions in the cloud forums he created to exchange knowledge and experience on time series projects. InfluxDB discussions are now part of his Meetup events.

Felipe launched the first Time Series Meetup in Brazil in the city of Florianópolis. He is developing our first InfluxDB community not only in Brazil, but also first in South America. There aren’t many opportunities for professionals in Brazil to meet, talk and learn about time series technologies. Having Felipe as a part of the InfluxAces group will give him the chance to interact and cooperate with professionals that share his passion, while motivating him in his work to expand the InfluxDB community to the South American continent.

Here are the forums created by Felipe dos Santos: