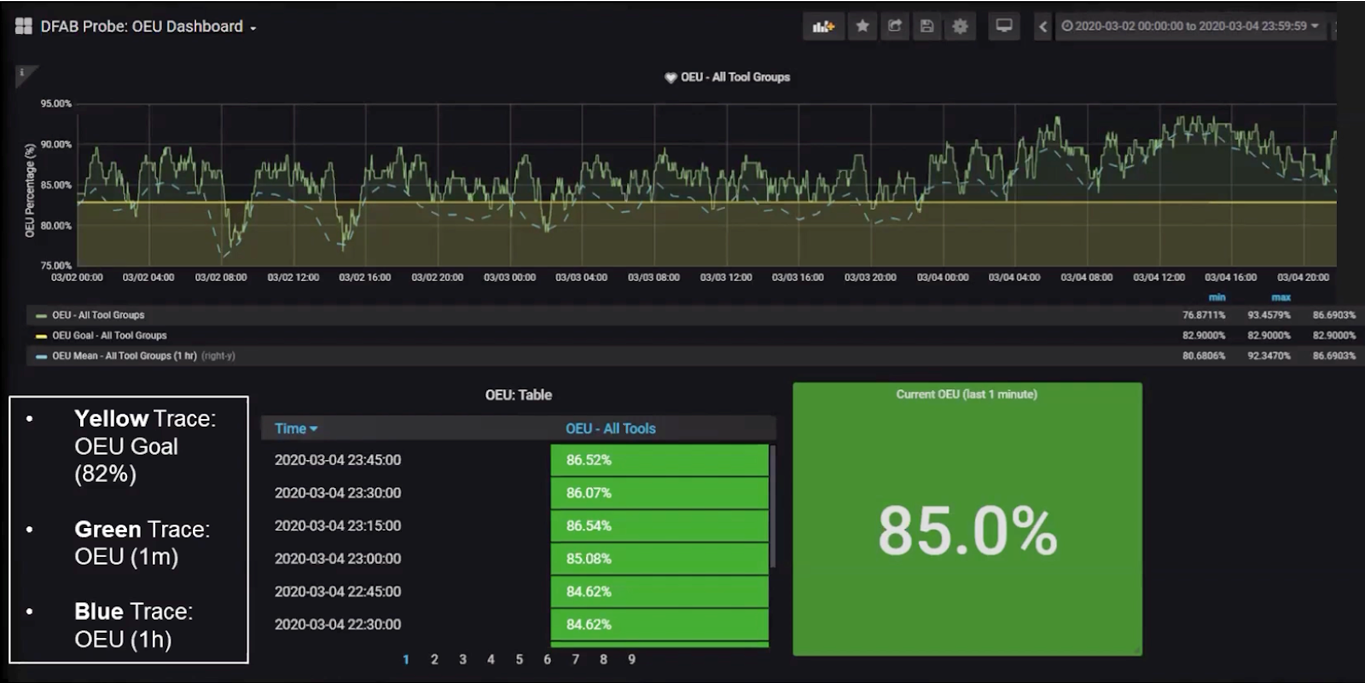 When your production line runs at nearly 100 percent capacity, even a momentary blip can cost your organization a packet. That’s why Texas Instruments is using InfluxDB to monitor its manufacturing operation and detect problems before they become costly.

Texas Instruments’ Probe Engineering and Manufacturing Supervisor Michael Hinkle came across InfluxDB when searching for a way to identify and troubleshoot problems in real time on the production line. Operating 24/7 at lightning speed across multiple countries, TI designs, manufactures, tests, and sells the powerful but fragile “wafer” semiconductors that power many high-tech instruments and appliances. Michael oversees 1.5 million data points streaming in daily to an observability platform that monitors machine health and productivity, repair time, and thousands of other metrics. He joined us for a webinar in which he explained how his company was using the InfluxDB platform to leverage its industrial time series data.

Michael said previous attempts at observability could only surface historical data in a report format that was laborious to produce and that failed to serve different business units. To make good decisions, he needed an array of dashboards based on streaming data, with alerts for heat spikes or other signals that could indicate likely problems. And he wanted a platform with tools that were smart enough to identify anomalous signs before the problem became a calamity.

“I need to have immediate feedback if or when a tool issue arisesIf, say, a diffusion furnace ended up failing and I wasn’t paying attention or my eye wasn’t on the ball, I could scrap $50,000 or $100,000 worth of product in the blink of an eye. So it’s critical to be able to know real-time or very soon if something atypical is occurring on the (factory) floor.”

He said with upwards of 1,000 different signals of potential trouble to monitor, the end goal was to build apps that can surface only the critical issues and eventually, take action themselves. “Ultimately, the goal is to have a system that’s automated enough that if there’s a problem, it can shut down,” he said.

Explore the Texas Instruments implementation in this on-demand video, or read the full case study.