If seeing is believing, then the new UI for the InfluxDB query experience is sure to convert you. We are working on a new query/script editor and want you to try it out. Feel free to share your feedback with us so we can make it even better!

Here are just some of the highlights of the new editor.

The new query/script editor includes a schema browser that allows you to see a hierarchical view of your schema. You can select data directly in that schema view and build Flux queries based on those selections. 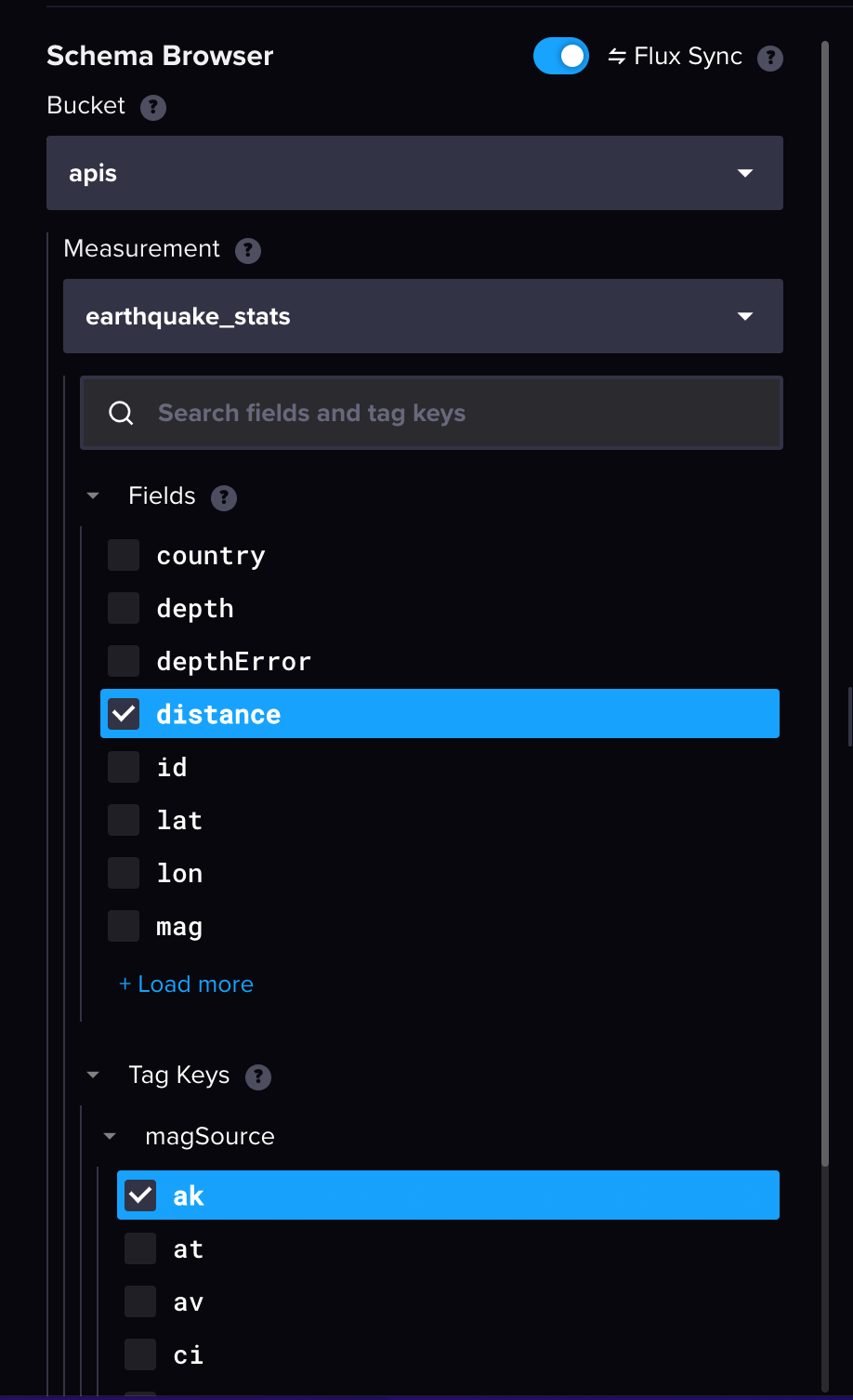 This new interface displays auto-generated Flux code to the user at all times. This is different from the existing Data Explorer interface where users must choose between the visual query builder and the script editor. If they choose the visual representation, then the Flux script that InfluxDB creates is completely hidden from the user.

The new editor always shows the user that auto-created Flux code so that they can start to see what it looks like and, when they’re ready, they can add to that code directly, without the need to toggle to a different window. But if you have not (or don’t want) to learn Flux, you still don’t have to. You can still make selections from the schema browser to build your query.

By showing the actual Flux script to the user at all times, we hope that users become more comfortable with Flux so that it’s easier to build more complex queries/scripts later on.

The new query experience represents the basic hierarchy (tags and fields associated with measurements contained within buckets) within the schema browser to help you learn the InfluxDB data model.

One piece of feedback that we received from the user community is that not everyone at a given organization understands the InfluxDB data model. There may be one or more individuals who do, but when they start to pull in others from their organization, those unfamiliar with InfluxDB sometimes struggle, especially if they’re used to working with traditional relational databases. Sometimes new users don’t know where to start when querying InfluxDB. This can lead to queries that return huge datasets, and an overall poor initial experience with InfluxDB.

The new interface represents the hierarchy in a familiar tree format. This helps users refine and narrow their initial queries so that they return more helpful datasets. In addition, the new interface provides in-app help to identify and define the elements of InfluxDB and its data model (e.g., buckets, measurements, tags, and fields) so new users can start off with an accurate foundational understanding of what they’re looking at. 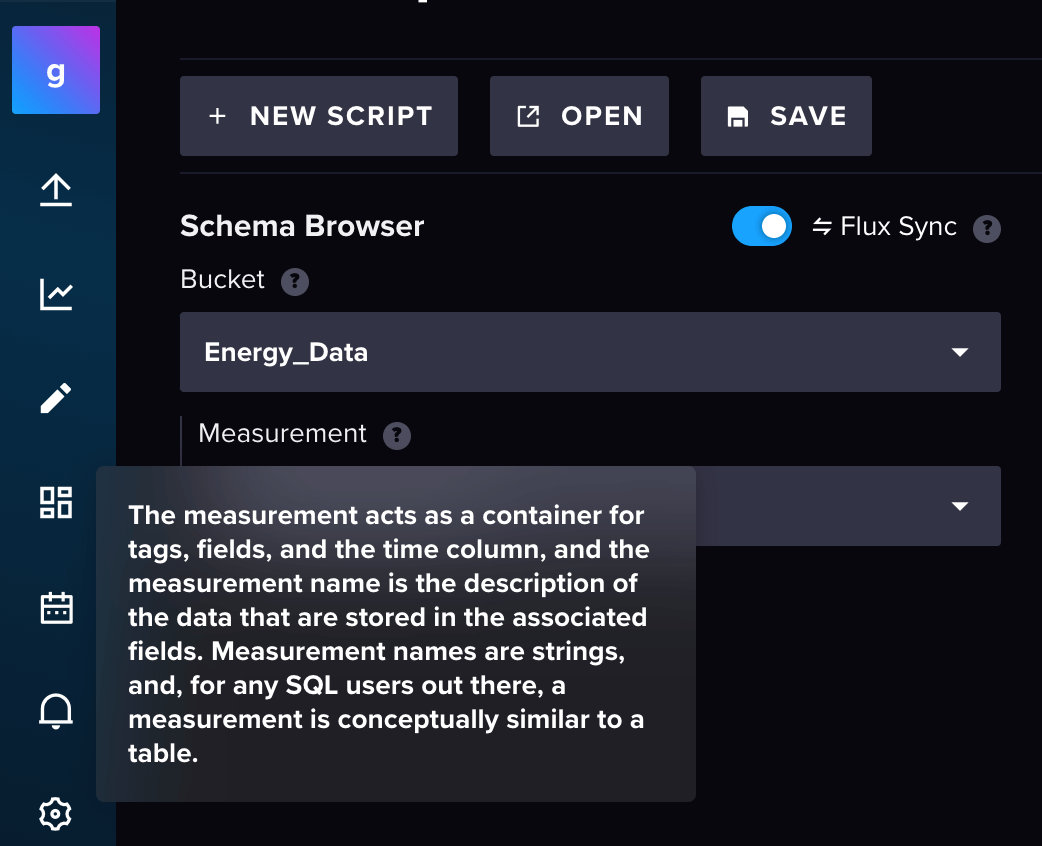 The new script editor allows you to save your queries/scripts and retrieve them later. Loading and saving Notebooks is already a production feature, but the capability was unavailable for queries written in the basic Data Explorer until now.

The initial feature is very basic and simple: it allows you to store and retrieve queries/scripts created in the new interface. However, we plan to add version management, cloning, renaming, and folder or label organization in the future, as well as the ability to share your queries/scripts with other users in your organization.

This script editor defaults to a table result view of non-aggregated data, something many of you asked us to implement. Pivoting your results by time is another default coming soon.

You can now filter/search on your results without having to run an additional query. Sometimes running a query looking for something very specific returns more results than intended. This feature lets you apply filters to that initial result set, so you don’t have to rewrite your query or write a new, additional query to narrow down your results. 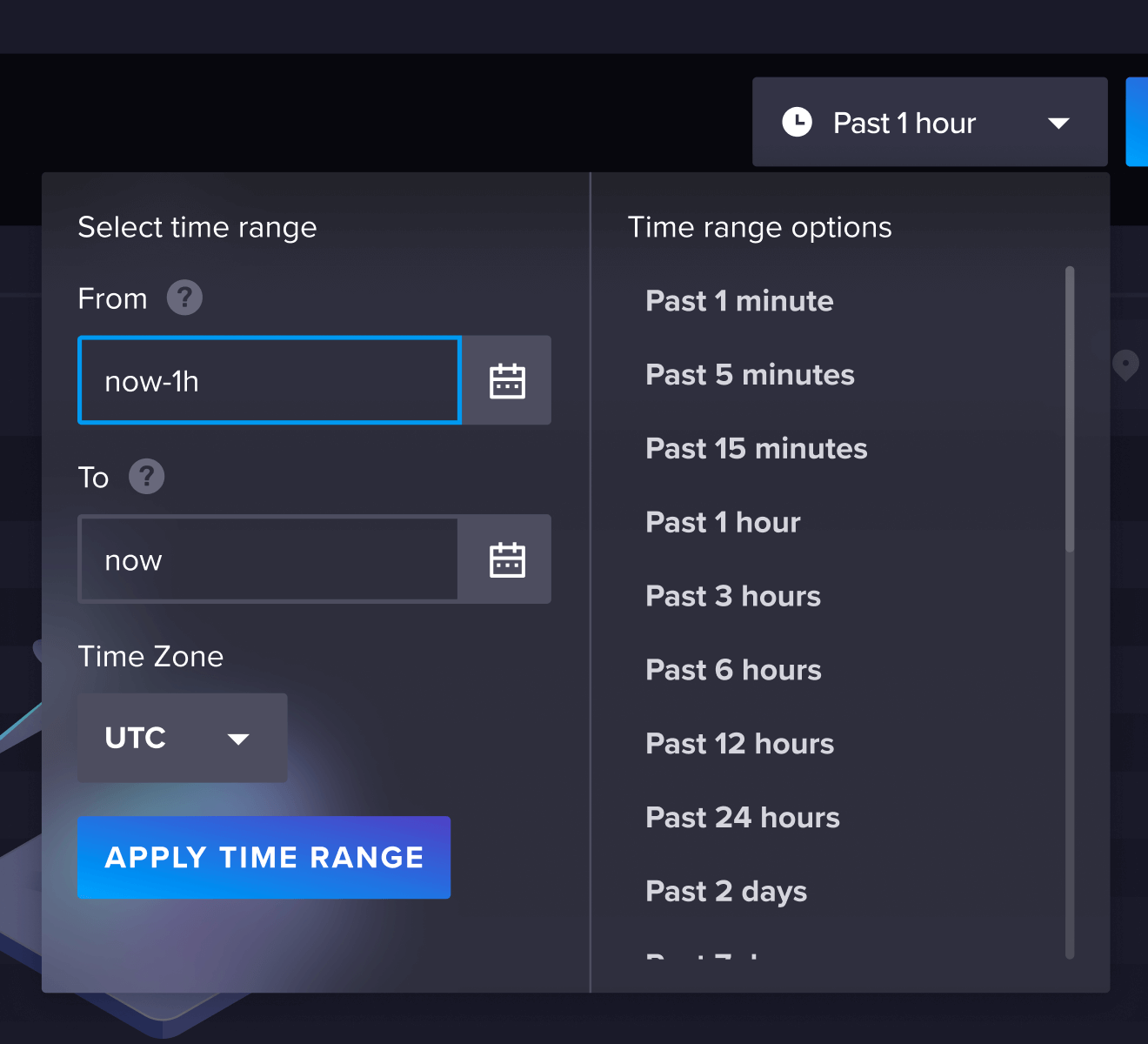 The new experience shows you how long your query took to run and how many tables and rows are in the result set.

While Flux is the first language we are implementing in this new interface, it won’t be the last. Spoiler alert! We are working on SQL support next.

We improved the performance of displaying tables and working with large datasets. We increased the max result size from 27MB to 100MB and no longer truncate CSV downloads (you can get the entire query set).

There are many more planned features for the new query/script editor, including adding features like aggregations, group-by, sorting, and “count” function helpers to the interface. Nevertheless, we wanted to get this out and make it available to you now while we continue to work on these items. Doing so also gives us a chance to collect your feedback so we can build the features you actually want, without having to guess.

You can preview the new script editor from a toggle at the top of the Data Explorer window.

We look forward to your feedback as we continue to add features to the new query/script editor.