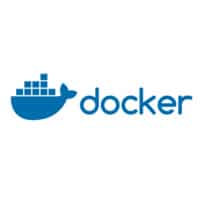 Docker container monitoring is becoming an increasingly important challenge for developers as adoption of container-driven architecture grows. Docker, founded in 2013 as a Linux developer tool, is a software container platform that solves the age-old “works on my machine” problem. Whether for DevOps monitoring, Real-Time Analytics or IoT use cases, Docker provides lightweight virtualization with almost zero overhead.  The Telegraf input plugin can be use as Docker monitoring tools.

Docker makes it easy for developers to create, deploy, and run applications. Docker containers allow developers to package an application with all of its parts (libraries, etc) so it will run on any machine regardless of settings. This enables flexibility and portability on where the application can run. A Docker container, unlike a virtual machine, does not require or include a separate operating system. Instead, it relies on the operating system kernel’s functionality.

Docker streamlines software delivery, preferred by developers and IT ops teams alike, allowing them to build, ship, test, and deploy apps automatically, securely, and portably with no surprises. With Docker, teams know their images work the same in development, staging, and production. New features and fixes get to customers quickly without hassle, surprises, or downtime.

Docker can be monitored using the open source TICK Stack, built from the ground up for time series data. Below are helpful tips for monitoring Docker using the TICK Stack:

You can collect Docker stats with the TICK Stack.

Telegraf offers other options as well, such as setting tags on various metrics based on the tags that are set on the metrics it collects (clarified in the Telegraf documentation).