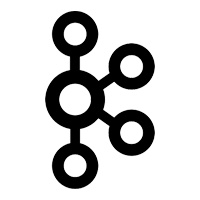 Apache Kafka is an open-source publish-subscribe messaging system that receives data from disparate source systems and makes the data available to target systems in real time. It is written in Scala and Java and is often associated with real-time event stream processing for big data. You can also read, write and even process streams and events in a wide range of programming languages depending on the project you're working on.

Thanks to the fact that Apache Kafka monitoring is fast, scalable and durable, it is often used in situations where alternatives like JMS or RabbitMQ might not even be a possibility due to volume and responsiveness considerations. Kafka has a higher throughput, superior reliability and better replication characteristics than a lot of alternative solutions, making it ideal for things like tracking service calls (meaning literally tracking every call that comes into an environment like a call center) or even tracking Internet of Things sensor data, too.

Overall, Kafka is regularly used for not only stream processing but also website activity tracking, log aggregation, real-time analytics and more. But regardless of its use, it's an invaluable way to get the right information into the hands of the right people at exactly the right time, all in the name of allowing them to make better and more informed decisions across the board.

Why use a Telegraf plugin for Apache Kafka Consumer?

In addition, InfluxDB can handle the large write and query load for not just the data collected with an Apache Kafka Consumer Telegraf Plugin, but combined with the other Telegraf plugins and client libraries so that all the data you need is easy to access.

All told, using a Telegraf plugin for Apache Kafka Consumer is a great way to support mission-critical use cases with benefits like guaranteed ordering, highly efficient processing, zero message loss and more - all at the exact same time. Apache Kafka's out-of-the-box interface natively integrates with countless event sources, including but not limited to ones like JMS, Amazon Web Services S3, Elasticsearch and many, many others.

How to use the Apache Kafka Consumer Telegraf Plugin

The Apache Kafka Consumer Input Plugin polls a specified Kafka topic and adds messages to your InfluxDB instance. The Consumer Group is used to talk to the Kafka cluster so multiple instances of Telegraf can read from the same topic in parallel.

To get a better idea of just how important something like Apache Kafka is, it's important to take a look at how some very real (and very large) companies are making use of it.

Wayfair are using their migration to InfluxDB as an opportunity to build a more flexible and robust data architecture with Kafka as an intermediate metrics buffer. This is modeled after a paradigm they've used successfully with their logging system. InfluxData's Telegraf service made it relatively easy to configure a multi-layered pipeline by which applications could send data to Telegraf and allow Telegraf to pipe it into Kafka for later consumption.

Apache Kafka is often used for streaming data in real time to other systems like Telegraf, which is why the plugin itself is so important. It can be used to feed fast lane systems and can be used to stream data for batch data analysis. This can be an ideal way to support some other efforts during the development process like data analysis, data reporting and even compliance auditing.

InfluxDB and Kafka: How Companies are Integrating the Two

The solution to provide real-time insight and analytics from IoT sensors and devices.