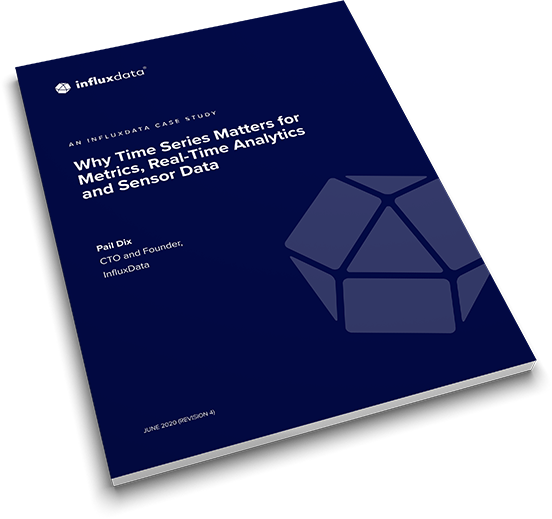 Time series forecasting is one of the most applied data science techniques in business, finance, supply chain management, production and inventory planning. Many prediction problems involve a time component and thus require extrapolation of time series data, or time series forecasting. Time series forecasting is also an important area of machine learning (ML) and can be cast as a supervised learning problem. ML methods such as Regression, Neural Networks, Support Vector Machines, Random Forests and XGBoost — can be applied to it. Forecasting involves taking models fit on historical data and using them to predict future observations.

Time series forecasting means to forecast or to predict the future value over a period of time. It entails developing models based on previous data and applying them to make observations and guide future strategic decisions.

Time series forecasting is a technique for the prediction of events through a sequence of time. It predicts future events by analyzing the trends of the past, on the assumption that future trends will hold similar to historical trends. It is used across many fields of study in various applications including:

Time series forecasting starts with a historical time series. Analysts examine the historical data and check for patterns of time decomposition, such as trends, seasonal patterns, cyclic patterns and regularity. Many areas within organizations including marketing, finance and sales use some form of time series forecasting to evaluate probable technical costs and consumer demand. Models for time series data can have many forms and represent different stochastic processes.

Time series models are used to forecast events based on verified historical data. Common types include ARIMA, smooth-based, and moving average. Not all models will yield the same results for the same dataset, so it’s critical to determine which one works best based on the individual time series.

When forecasting, it is important to understand your goal. To narrow down the specifics of your predictive modeling problem, ask questions about:

The three aspects of predictive modeling are:

Among the factors that make time series forecasting challenging are:

Time series models can outperform others on a particular dataset — one model which performs best on one type of dataset may not perform the same for all others.

Here is a use case example of storage forecasting (at Veritas Technologies), from which the below screenshot is taken:

Here is a use case example of machine learning (at Playtech), from which the below screenshot is taken: 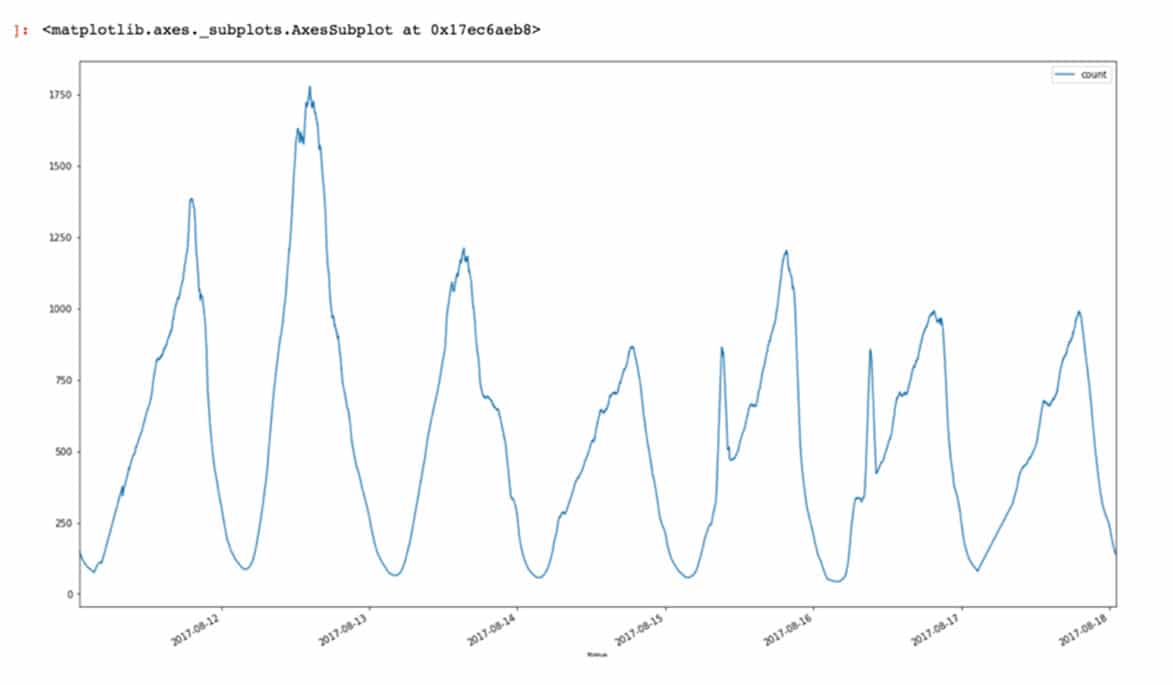 Time series data can exhibit a variety of patterns, so it is often helpful to split a time series into components, each representing an underlying pattern category. This is what decompositional models do.

Decomposition based on rates of change

This is an important time series analysis technique, especially for seasonal adjustment. It seeks to construct, from an observed time series, a number of component series (that could be used to reconstruct the original by additions or multiplications) where each of these has a certain characteristic or type of behavior.

If data shows some seasonality (e.g. daily, weekly, quarterly, yearly) it may be useful to decompose the original time series into the sum of three components:

There are several techniques to estimate such a decomposition. The most basic one is called classical decomposition and consists in:

Time series can also be decomposed into:

Here is an example of a time series using an additive model:

An additive model is used when the variations around the trend do not vary with the level of the time series. To learn more about forecasting time series data based on an additive model where non-linear trends are fit with yearly, weekly, and daily seasonality, plus holiday effects, see the “Forecasting with FB Prophet and InfluxDB” tutorial which shows how to make a univariate time series prediction (Facebook Prophet is an open source library published by Facebook that is based on decomposable — trend+seasonality+holidays — models).

Here is an example of a time series using a multiplicative model:

A multiplicative model is appropriate if the trend is proportional to the level of the time series.

Decomposition based on predictability

In statistics, Wold’s decomposition or the Wold representation theorem, named after Herman Wold, says that every covariance-stationary time series can be written as the sum of two time series, one deterministic and one stochastic. Formally:

The important thing is to select the appropriate forecasting method based on the characteristics of the time series data.

In time series forecasting, data smoothing is a statistical technique that involves removing outliers from a time series data set to make a pattern more visible. Inherent in the collection of data taken over time is some form of random variation. Smoothing data removes or reduces random variation and shows underlying trends and cyclic components.

Together with the autoregressive (AR) model (covered below), the moving-average model is a special case and key component of the more general ARMA and ARIMA models of time series, which have a more complicated stochastic structure.

Contrary to the AR model, the finite MA model is always stationary.

An example of using holtWinters() with InfluxQL in 1.7.6. HoltWinters() can also be applied with Flux — InfluxData’s functional query and scripting language.

In single exponential smoothing, forecasts are given by:

The SARIMA model (Seasonal ARIMA) extends the ARIMA by adding a linear combination of seasonal past values and/or forecast errors.

The TBATS model is a forecasting model based on exponential smoothing. The name is an acronym for Trigonometric, Box-Cox transform, ARMA errors, Trend and Seasonal components.

The TBATS model’s main feature is its capability to deal with multiple seasonalities by modelling each seasonality with a trigonometric representation based on Fourier series. A classic example of complex seasonality is given by daily observations of sales volumes which often have both weekly and yearly seasonality.