TL;DR InfluxDB Tech Tips: IoT Data from the Edge to Cloud with Flux

When it comes to writing data to InfluxDB, you have a lot of options. You can:

The last bullet is the most powerful and flexible way of maintaining and managing your fleet of IoT devices. That architecture offers you several advantages including: 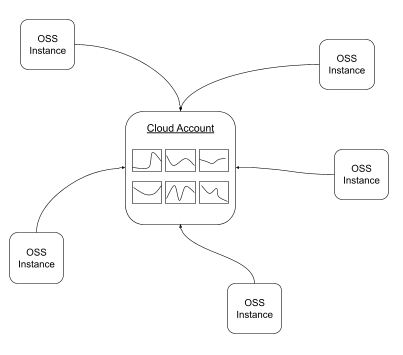 One way you can achieve this architecture is by using the to() function. The to() function now supports the option to write data from an OSS v2.1 instance to an InfluxDB Cloud instance. 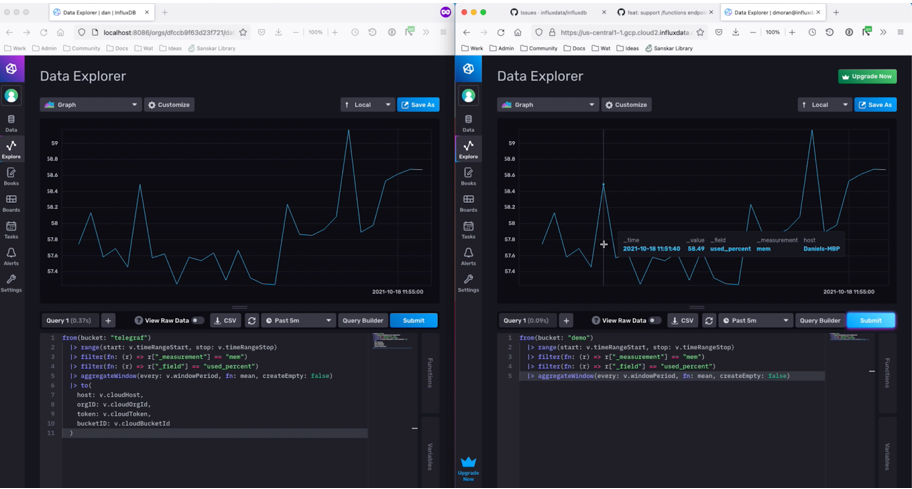 To write data with the to() function from InfluxDB Cloud:

Limitations of and alternatives to the to() function

The to() function offers an easy way to write data from an edge device to the Cloud. However, it comes with several limitations:

The to() function should only be used to consolidate data from OSS to Cloud if you meet the following conditions:

While the to() function has some limitations, there is another option for writing IoT data from OSS to InfluxDB Cloud. You can use the mqtt.to() function to write data to a MQTT broker first if you want to handle larger workloads.

An acceptable usage of to() in a downsampling task

Now that we understand the limitations of the to() function, let’s highlight an example where it could be successful. For this example, we’ll assume we want to downsample and write data on a schedule with a task.

This task aggregates all of the data from one measurement into one daily mean before writing it to InfluxDB Cloud.

While this post aims to provide a comprehensive overview of the to() function, the following resources might also interest you:

Final thoughts on the to() function with InfluxDB

I hope this InfluxDB Tech Tips post inspires you to take advantage of the to() function to consolidate your data from edge devices to InfluxDB Cloud. If you are using Flux and need help, please ask for some in our community site or Slack channel. If you’re developing a cool IoT application on top of InfluxDB, we’d love to hear about it, so make sure to share your story! Additionally, please share your thoughts, concerns, or questions in the comments section. We’d love to get your feedback and help you with any problems you run into!