François MOCQ is a French author and former trainer in networks and telecommunications. He has always been passionate about electronics, and the potential offered by Raspberry Pi excited him. To share this passion, he quickly created a blog and a forum dedicated to this nano-computer and later began writing books on the topic, all of which are published by ENI Editions.

Raspberry Pi is a low cost, credit-card sized computer that plugs into a computer monitor or TV that enables people of all ages to explore computing, and to learn how to program in languages like Scratch and Python. Further, the Raspberry Pi Foundation is a registered educational charity based in the UK whose goal is to advance the education of adults and children, particularly in the field of computers, computer science and related subjects.

François MOCQ is currently writing a book about Raspberry Pi 4 and Python which is intended for beginners, as well as schools and colleges. While writing, François used InfluxDB and Chronograf to collect time-stamped metrics and display them, visually. He found InfluxDB easy to implement and simple to learn.

Created a blog dedicated to technology 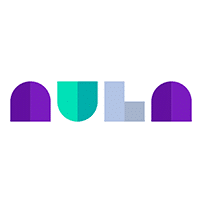 Aula enables better communication between educators and students at universities by improving the overall digital experience.

Hulu uses InfluxDB and Kafka to create a stable pipeline that evaluates trends with problematic clusters.