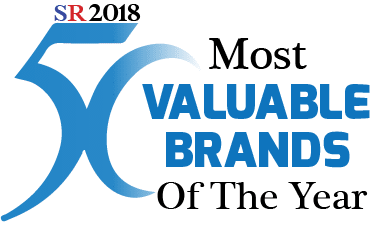 SAN FRANCISCO  April 24, 2018  InfluxData, the modern Open Source Platform built specifically for metrics, events and other time series data that empowers developers to build next-generation monitoring, analytics and IoT applications, today announced that The Silicon Review Magazine has named it among the 50 Valuable Brands of the Year.

“The Silicon Review 50 Valuable Brands of the Year program identifies companies which are successful bringing more souvenirs to the IT and business world than others, and winning a spot on this list indicates the company has distinguished itself from peers by proving itself more valuable in terms of service quality and vast customer base,” said Sreshtha Banerjee, Editor-in-Chief of The Silicon Review Magazine. “The publication has selected InfluxData based on its customer retention health, financial status, and the ability to perform.”

Metrics, events, and other time-based data are being generated at an exponential rate, as there is a growing requirement for analyzing today’s complex environments in today’s age of instrumentation. The InfluxData Platform provides a comprehensive set of tools and services to accumulate metrics and events data, analyze the data, and act on the data via powerful visualizations and notifications.

“We are honored to be recognized by The Silicon Review Magazine as one of the 50 Valuable Brands of the Year,” said Mark Herring, InfluxData CMO. “Organizations are turning to InfluxData’s time series database because it is built from the ground up to be optimized for delivering business value from all the data collected in this age of instrumentation.”

For more information on InfluxData’s distinction and the Silicon Review 50 Valuable Brands of the year, see http://thesiliconreview.com/magazines/reach-for-the-sky-the-creators-of-influxdb-influxdata-get-set-for-new-global-ride/.

InfluxData has rapidly built its developer and customer base across industries – including manufacturing, financial services, energy, and telecommunications – by delivering the fastest growing Open Source Platform that enables customers to derive better business insights, data-driven real-time actions, and a consolidated single view of their entire infrastructure – from applications to microservices, and from systems to sensors. More than 400 customers, including Cisco Systems, Coupa Software, IBM, Houghton Mifflin Harcourt, Nordstrom, and Tesla, have selected InfluxData as their modern data platform for metrics and events. InfluxData is pioneering the shift to time series in a modern metrics and events platform, and is making it possible for customers to become data-driven and take on digital transformation initiatives.

About InfluxData InfluxData, the creator of InfluxDB, delivers a modern Open Source Platform built from the ground up for analyzing metrics and events (time series data) for DevOps and IoT applications. Whether the data comes from humans, sensors, or machines, InfluxData empowers developers to build next-generation monitoring, analytics, and IoT applications faster, easier, and to scale delivering real business value quickly. Based in San Francisco, InfluxData’s more than 400 customers include Cisco, eBay, IBM and Siemens. Visit https://w2.influxdata.com/. Twitter: @influxdb.

InfluxData, InfluxDB Cloud and InfluxDB are all trademarked by InfluxData. All other trademarks are the property of their respective owners.