Hochland SE is a family-owned cheese manufacturer that has been in business since 1927. The company is committed to the production, processing, and sale of delicious cheese products for customers in over 30 countries. But Hochland cheese isn’t just found at supermarkets  they are also a strong partner in the food and gastronomy industries, with cheese production facilities in Germany, France, Spain, Poland, Romania, Russia, and the USA.

At the end of last year, Hochland SE began a project to collect all machine data from production with InfluxDB. The goal of the project was to allow all employees to easily view the data and use it for daily work. In Hochland SE’s production, there are many Siemens SPS controllers which send data like temperature, pressure, or information on which container is being filled or emptied. The first software the company used was an OPC-Router from Inray, which can collect data from an OPC UA server. However, this software wasn’t compatible with InfluxDB 2.0. Thanks to this blog post, the company found ogamma Visual Logger for OPC, and this worked very well.

Hochland SE likes that InfluxDB has a high ingest rate, integrates well with other tools, is open source, and extremely performant. The company bought the software OPC Router last year and saw that it would be really easy to collect data from an OPC server and store it in InfluxDB. Time series in Oracle isn’t performant, so this was the best solution for the problem. Now, the company has a super fast database that has no problems collecting millions of values per day. In combination with Grafana, Hochland SE is able to give their colleagues an easy tool so that they can combine the charts they want.

Hochland SE IT Service Manager Manuel Altherr is also using InfluxDB to collect the temperature and humidity in his home. He has been using InfluxDB combined with Grafana on his private Raspberry Pi for over two years and loves the simplicity of these two products.

Altherr recommends InfluxDB because it is easy to install on many operating systems and has great documentation. There are many tips, solutions, programs, and plugins on the internet so you can combine InfluxDB with other tools. It is really easy to start with InfluxDB, so there are no excuses to not try it at home. If you have data to collect and store, he recommends giving InfluxDB a try, even if it’s only to track the temperature in your living room. 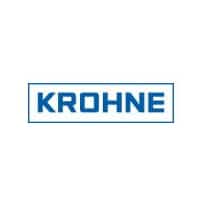