The operational environments where U.S. Soldiers operate sometimes lack network connectivity due to jamming, intermittent 4G signals, or paperwork. To address these issues, the United States Army Research Laboratory (ARL) runs InfluxDB in both the cloud and on IoT devices. When connectivity is available, the most recent data is replicated first to the cloud and historical data is replicated as bandwidth allows. This allows them to design products that can leverage the cloud, but aren’t tied to it. As a result, they have been able to develop electric power monitors for installations and microgrids, combine sensors into arrays, and strap sensors to vehicles for large area surveys.

All these solutions are built using an IoT stack fueled by InfluxDB and designed to run in environments of intermittent network connectivity. These solutions were originally presented by ARL Research Physicist Kevin Claytor at InfluxDays San Francisco 2019.

The United States Army Research Laboratory presented at InfluxDays San Francisco 2019. In this talk, they demonstrated how they use InfluxDB to aid in the development and applications of IoT sensors for intermittent connectivity environments. While they are leveraging the cloud, they are also running InfluxDB on the devices themselves.

Reduction in energy and fuel consumption and operational risk

“I like InfluxDB because it allows us to do a job more effectively, and this is reducing time to awesome.”

Robonect uses InfluxDB for monitoring and as the backbone to its autonomous backup system. 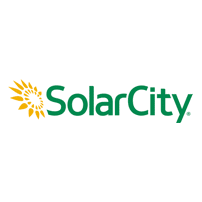