Vera C. Rubin Observatory is responsible for the Rubin Observatory Legacy Survey of Space and Time. This project will be using the Rubin Observatory LSST Camera and the Simonyi Survey Telescope. Their mission is to build a well-understood system that provides a vast astronomical dataset for unprecedented discovery of the deep and dynamic universe. The project’s goal is to conduct a 10-year survey of the sky that will deliver a 500 petabyte set of images and data products that will address some of the most pressing questions about the structure and evolution of the universe and the objects in it.

Vera C. Rubin Observatory plans on measuring the properties of 37 billion stars and galaxies. The survey will show changes in the sky over time and create the first motion picture of the universe. Rubin Observatory will produce alerts for stars, planets, solar system objects, asteroids, galaxies and other objects that change position or brightness every 60 seconds. They plan to create a huge dataset which will reveal the properties of billions of stars and galaxies. Rubin Observatory realized they needed a tool that better addressed their needs than the database they already had in place. As they will be accumulating 500 petabytes of time-stamped data, they sought a purpose-built time series database. Deploying InfluxDB platform has helped them better understand their telescope, camera, observatory and data. Their worldwide team today understands their data through improved analytics, alerts and dashboards.

The Vera C. Rubin Observatory was awarded the 2021 Built on InfluxDB Award for Best Application

The Vera C. Rubin Observatory presented at InfluxDays North America 2020. In this talk, they provided an overview of Rubin Observatory’s mission, described its Engineering and Facilities Database and showed how technologies like Kafka and InfluxDB give their scientists, engineers, and technicians the tools they need to analyze telemetry data in real time.

Number of stars and galaxies to be analyzed

Length of continuous study of the Southern Hemisphere’s skies

Amount of operational and scientific data to be collected

“You can design your database in several different ways. It’s just a matter of trying and seeing which one works best for you.” 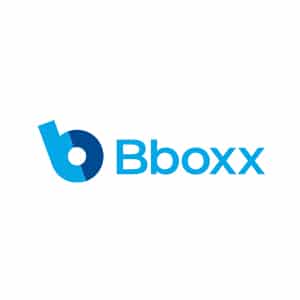 EnerKey uses InfluxDB to store IoT data which is utilized for ML models and anomaly detection.