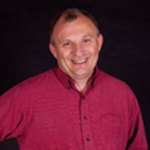 Philippe is currently ReadWrite CEO as well as Spoke Software CEO where he focuses on building a Market Intelligence Platform dedicated to tracking innovation. Prior to Spoke, he has spent over 16 years as a Venture Capitalist in Europe and then in the United States focused on Information Technology. One of his core investment focuses was the intersection of the web, analytics and CRM with successful investments over time such as BVRP, Egide, Rightpoint (acq. by Epiphany), Adknowledge (acq. by CMGI), Inquira (acq. By Oracle), Jaspersoft (acq. By Tibco) and more recently Spoke Software. As a seed investor, Philippe invested in Akili Interactive, Silk Interactive (acq. By Palanteer), Think Through Learning (acq. By Imagine Learning) and VentureBeat where he was a board member from 2008 until 2016. Philippe attended the Engineering School of Mines in Nancy, France and is a Sloan Fellow from the Stanford Graduate School of Business where he graduated with a Master of Science in Management degree.