Do quiches count as pies?

March 14th marks a special day for those who love Pi or pie. Pi is one of the most studied numbers. Pi Day is held annually on March 14th to celebrate the mathematical constant Pi (?).

The first known Pi Day celebration was in 1988 at San Francisco’s Exploratorium and was organized by two of their physicists, Ron Hipschman and Larry Shaw. Since then, Pi Day has been celebrated around the world in a myriad of classrooms and workspaces. If nothing else, Pi Day is a fantastic excuse to eat delicious pie.

Pi is an irrational number as it continues to infinity, and 3.14 is widely accepted as an accurate estimate. Pi has been known for close to 4,000 years, and mathematicians have refined its calculation over the years. It wasn’t until the mid 1600’s that there was a universal name or symbol. Mathematicians eventually assigned the Greek letter ? to represent Pi in the 1700’s, and the symbol was popularized by Leonhard Euler.

The specific Greek letter was chosen as it’s the first letter of the Greek word “perimetros” which roughly translates to circumference. And remember that the formula used to calculate the circumference of a circle is: 2 x ? x radius!

People are very passionate about memorizing as many digits of Pi as possible. Piphilology is the creation and use of mnemonic techniques to memorize a set of digits of the mathematical constant. In 2015, Rajveer Meena memorized 70,000 decimal places of Pi. Meena spent 10 hours blindfolded while reciting all decimal places; this garnered him a spot in the Guinness World Records!

People have been known to create mnemonic sentences and poems to help them remember Pi’s digits. These poems are called “piems” and are less effective for large memorization. Many have created sentences where the number of letters in each word correlates to a specific digit of Pi. If the value is 1, then the word must be 1 letter long. Any digits that are zero are represented by a 10-letter word.

The following piem represents the 3 and the first 20 decimal digits of Pi:

Sir, I have a rhyme excelling, In mystic power and magic spelling, Celestial spirits elucidate, For my own problems can’t relate.

Trivia about Pi and Pi Day:

Trivia about Influxers who love pie and Pi Day:

As a remote-friendly organization, Influxers love to come together over Slack and have fun regardless of timezones. We recently asked our distributed team: What is your favorite type of pie? 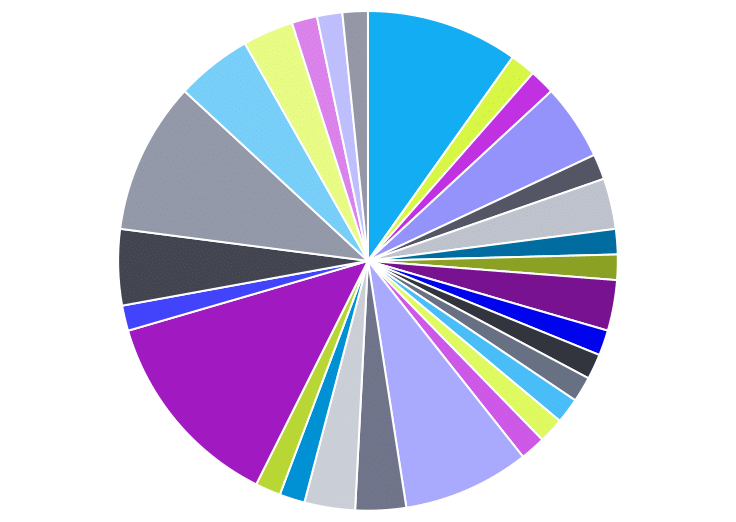 Pecan was the most popular type of pie among Influxers! Some people are very passionate about their answers. One Influxer vehemently stated that cheesecakes are a type of pie. Some love all types of pies and for some it’s hard to pick just one. As one pointed out: “Pies are seasonal, so it’s hard to just pick one”. One Influxer pointed out that pecan pie must be “made with way too many pecans”. An InfluxData employee taught us that Black Forest Cake is also known as Schwarzwälder Kirschtorte in German and is in fact a pie. An Influxer said apple pie was their favorite, but they’d never turn down any pie!