Crosser is a Swedish company that builds a streaming analytics platform. The idea behind Crosser is to take the data from a connected, sensor-rich world and integrate it in real time to deliver faster insights and innovation. Primarily focused on the industrial IoT (IIoT) space, Crosser helps manufacturers gain insight into their machines and processes to drive improvements and to take advantage of newer trends and requirements that companies have for their data.

Digital industrial operations require a data store for all the data generated by machines. However, legacy data historians have several shortcomings in the modern, digital world. While deeply integrated into operations technology and familiar to factory floor operators, these solutions are often proprietary and siloed, making them almost impossible to integrate with other systems and solutions.

Industrial operators want to do more with their data than these legacy systems allow. Given that Crosser can collect and analyze industrial data, the platform can provide an alternative, modern data historian in combination with InfluxDB and Grafana. Now, to be clear, Crosser is not a data historian, but this technology combines to function as a powerful, robust, and interoperable data historian. 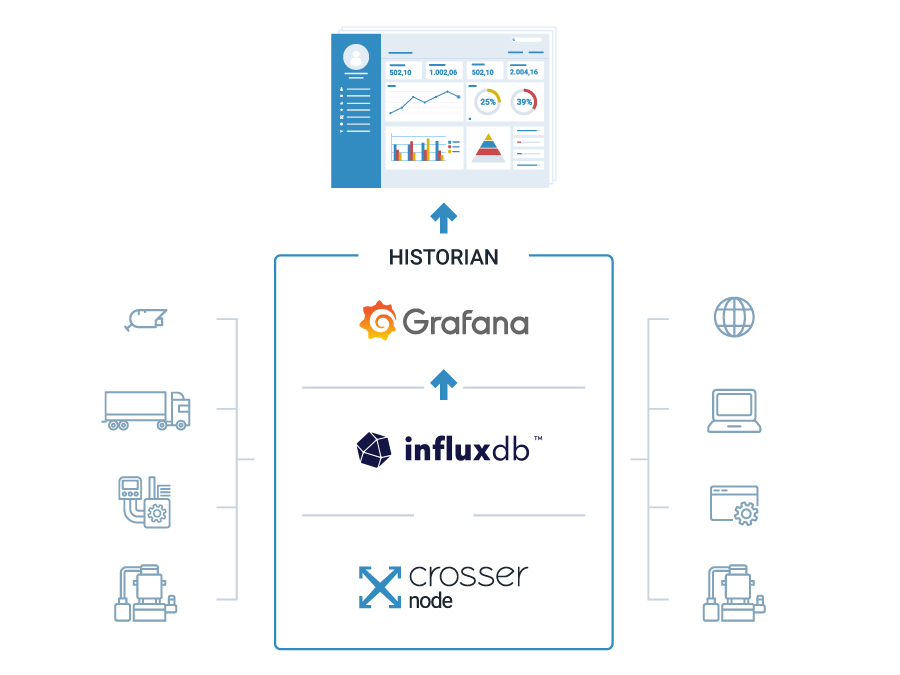 The Crosser platform consists of Crosser Control Center and Crosser Edge. The Control Center component is the orchestration and management layer. This is where users create custom workflows and deploy Edge nodes. Crosser Edge are the actual nodes that live on (or near) industrial machinery. Edge nodes collect and analyze data near the source for quicker insights into industrial operations. Crosser containerized Crosser Edge using Docker, so users can deploy it anywhere that supports Docker.

To get data historian functionality, Crosser also containerized InfluxDB and Grafana to deploy alongside Crosser Edge. In this setup, Crosser collects and analyzes data. It then sends cleaned data to InfluxDB for storage. InfluxDB already integrates with Grafana, so pulling data to build custom dashboards and other visualizations is really easy.

Thanks to Docker, there are many different ways to deploy this data historian solution. One option is to deploy one Crosser Edge node to a single host and to collect data from multiple sources using that single instance. The containers with InfluxDB and Grafana reside on the same host, and this typically functions as an on-premises solution.

A more scaled-out solution changes things up a bit. This option involves deploying a Crosser Edge node for each source, so that data gets collected and processed individually. That data then gets sent to a central host where InfluxDB and Grafana reside. Optionally, you could deploy another Crosser Edge node in the central host and use that to aggregate across sources, or any other operations. 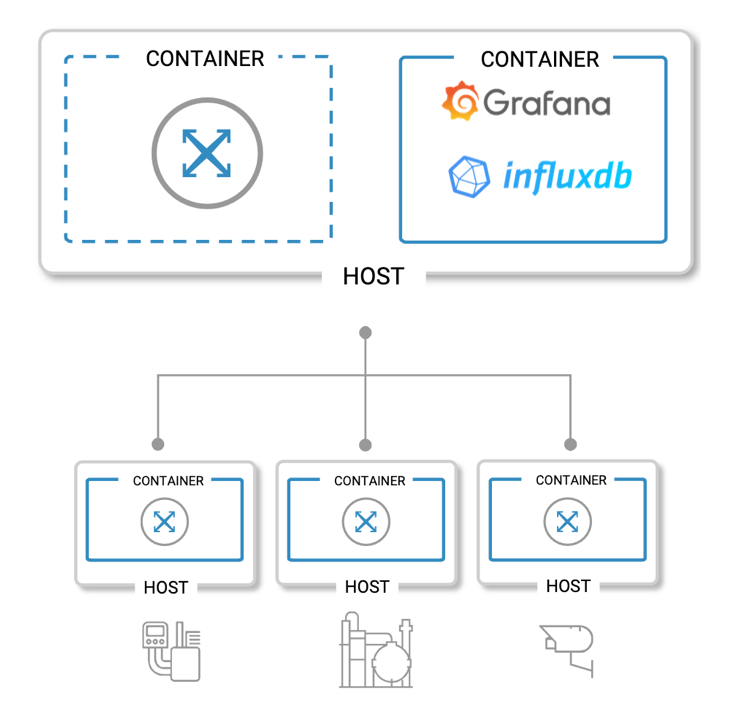 A wrinkle to the scaled-out solution is a cloud variation. In this configuration, each source has its own Crosser Edge node, but instead of putting InfluxDB, Grafana, and an optional Edge node on a local host, those components reside in the cloud. This makes it easier to observe multiple machines or facilities, create aggregations, and build a holistic view of industrial operations. 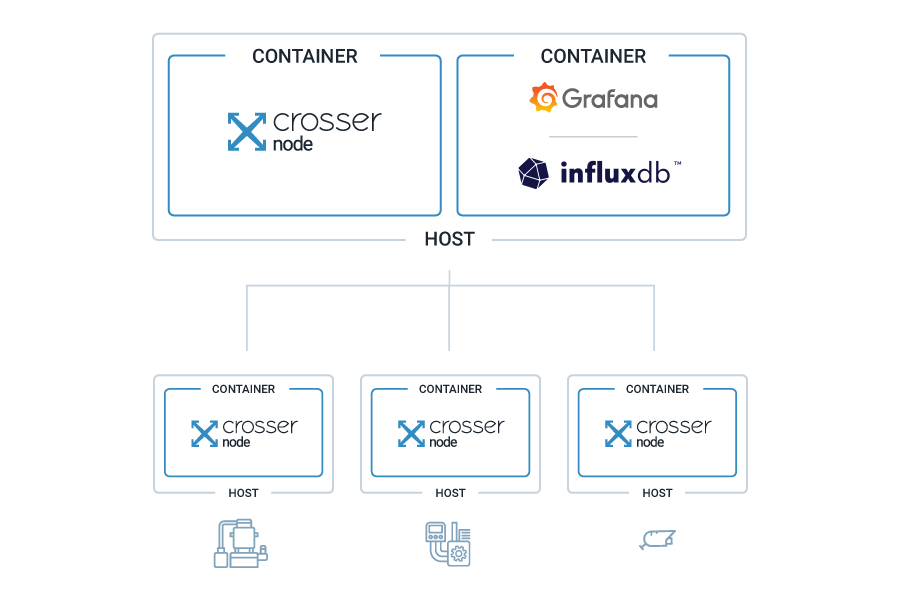 Combining Crosser with InfluxDB and Grafana provides industrial operators with a modern, digital data historian that is easy to deploy and manage, flexible, and offers broad interoperability, all while delivering critical insights in real time. 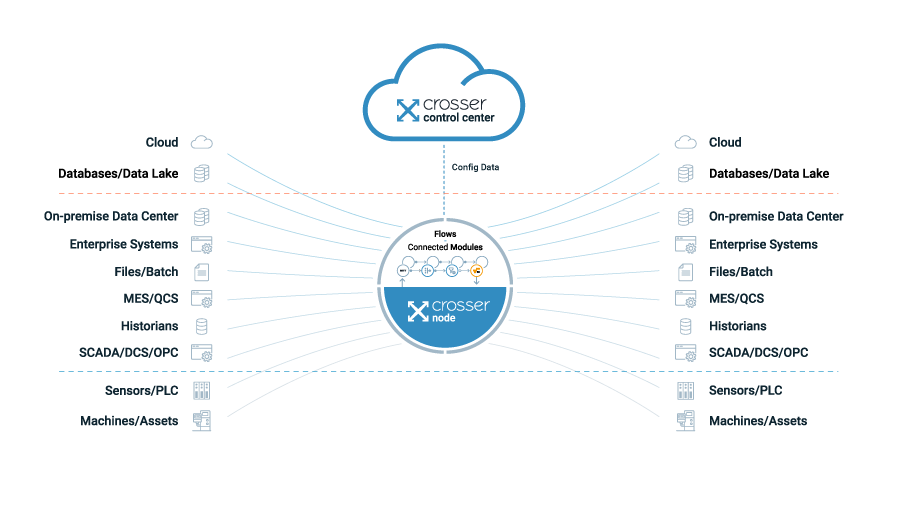 To learn more about using these tools to modernize your Industry 4.0 technology stack, check out the complete case study here.