MQTT vs Kafka: An IoT Advocate's Perspective (Part 1 - The Basics)

With the Kafka Summit fast approaching, I thought it was time to get my hands dirty and see what it’s all about. As an advocate for IoT, I heard about Kafka but was too embedded in protocols like MQTT to investigate further. For the uninitiated (like me) both protocols seem extremely similar if not almost competing. However, I have learned this is far from the case and actually, in many cases, they complement one another.

In this blog series, I hope to summarize what Kafka and MQTT are and how they can both fit into an IoT architecture. To help explain some of the concepts, I thought it would be practical to use a past scenario: 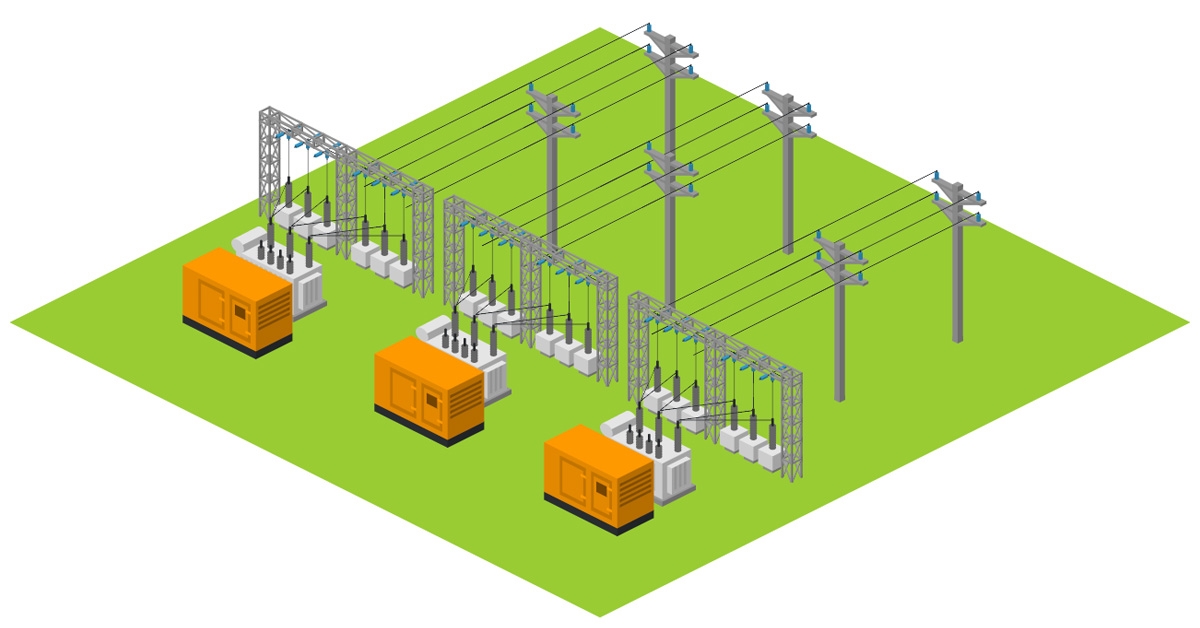 In the previous blog, we discussed a scenario where we wanted to monitor emergency fuel generators. We created a simulator with the InfluxDB Python Client library to send generator data to InfluxDB Cloud. For this blog, I decided to reuse that simulator but replace the client library with an MQTT publisher and Kafka producer to understand the core mechanics behind each.

You can find the code for this demo here.

So what is Kafka? Kafka is described as an event streaming platform. It conforms to a publisher-subscriber architecture with the added benefit of data persistence (to understand more of the fundamentals, check out this blog). Kafka also promotes some pretty great benefits within the IoT sector:

So why would I not just build my entire IoT platform using Kafka? Well, it boils down to a few key issues:

Having said this, let’s go ahead and compare implementations of writing a basic Kafka producer and compare it to an MQTT publisher within the context of the Emergency generator demo: 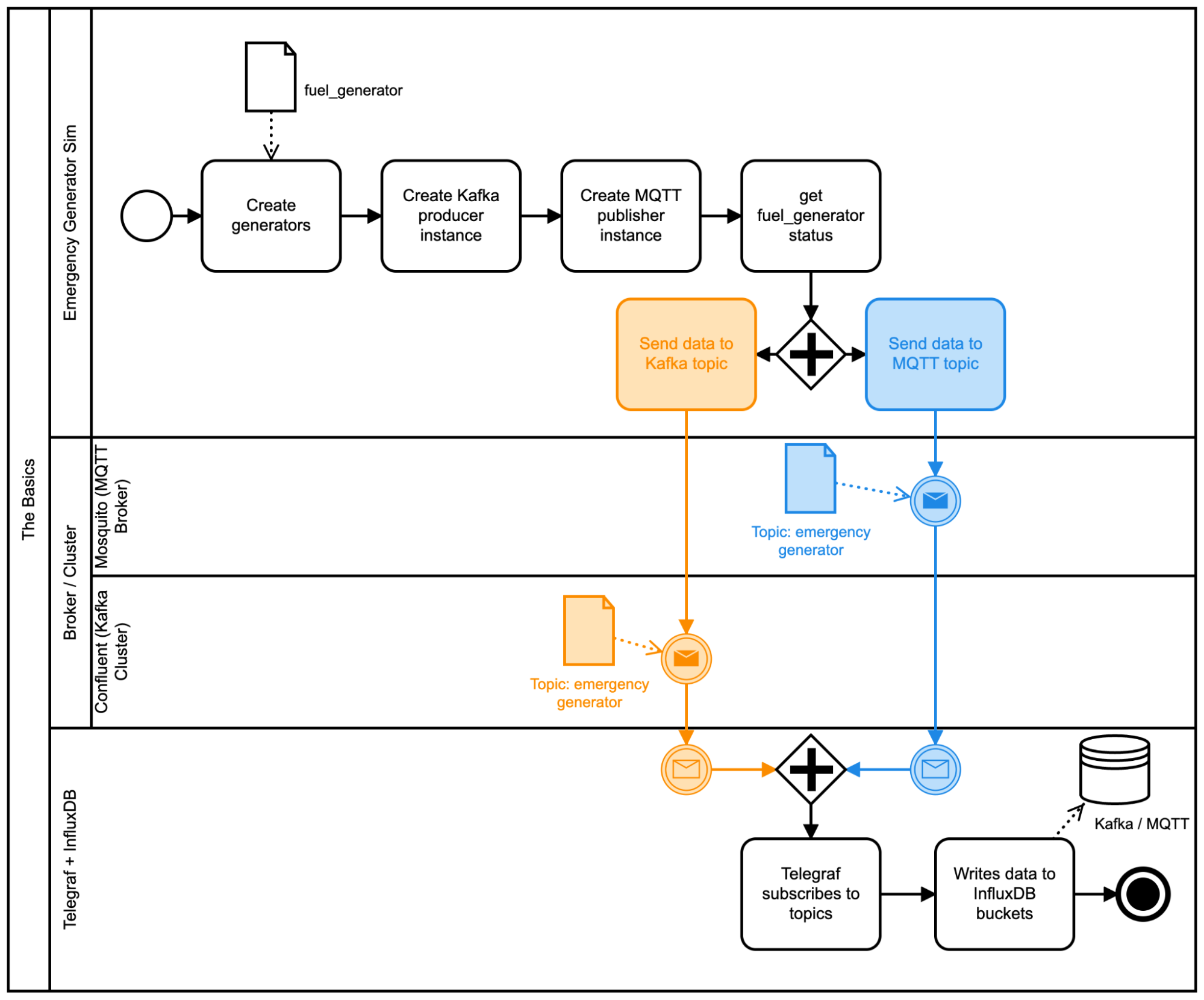 Assumptions: For the purposes of this demo, I will be making use of the Mosquitto MQTT Broker and the Confluent platform (Kafka). We will not cover the initial creation/setup here, but you can consult these instructions accordingly:

Let’s start with the initialization of our MQTT publisher and Kafka producer:

The minimum requirements for an MQTT Publisher (omitting security) are as follows:

There was a little more background work when it came to Kafka. We had to establish connectivity to two different Kafka entities:

So let’s set up connectivity to both entities:

Now that we have initiated our MQTT publisher and Kafka producer, it’s time to send our Emergency generator data. To do this, both protocols require the establishment of a topic and data preparation before delivery:

Within MQTT’s world, a topic is a UTF-8 string that establishes logical filtering between payloads.

In Part 2 of this series, we break down the capabilities and differences of MQTT and Kafka topics in further detail. For now, we are going to establish one topic to send all of our Emergency Generator data (this is not best practice but is logical in the complexity build-up of this project).

MQTT has the benefit of being able to generate topics on demand during the delivery of a payload. If the topic already exists, the payload is simply sent to the established topic. If not, the topic is created. This makes our code relatively simple. We define our topic name and the JSON string we plan to send. MQTT payloads by default are extremely flexible, which has pros and cons. On the positive side, you do not need to define strict schema typing for your data. On the other hand, you rely on your subscribers being robust enough to handle the incoming messages which fall out of the norm.

So I must admit, I came in with foolish optimism that sending a JSON payload via Kafka would be as simple as publish(). How wrong I was! Let’s walk through it:

The first task on our list is to establish a JSON schema. The JSON schema describes the expected structure of our data. In our example, we define our generator meter readings (temperature, pressure, fuel) and also our metadata (generdatorID, lat, lon).  Note, within the definition, we define their data types and which data points are required to be sent with each payload.

We have already discussed connecting to our schema registry earlier. Next, we want to register our JSON schema with the registry and create a JSON serializer. To do this we need three parameters:

The json_serializer object is then included within the initialization of the Serializing Producer.

Finally to send data we call our producer object:

To send data to our Kafka cluster we:

My first impression of strongly typed / schemer-based design was: “Wow, this must leave system designers with a lot of code to maintain and a steep learning curve”. As I implemented the example, I realized you would probably avert a lot of future technical debt this way. Schemers force new producers/consumers to conform to the current intended data structure or generate a new schema version. This allows the current system to continue unimpeded by a rogue producer connecting to your Kafka cluster. I am going to cover this in more detail within Part 2 of this blog series.

So, what have we done? Well, in its most brutally simplistic form we have created a Kafka producer and MQTT publisher to transmit our generator data. At face value, it may seem Kafka seems vastly more complex in its setup than MQTT for the same result.

At this level, you would be correct. However, we have barely scraped the surface of what Kafka can do and how it should be deployed in a true IoT architecture. I plan to release two more blogs in this series:

Until then check out the code, run it, play with it, and improve it. Next blog (Part 2 of this series) we cover topics in more detail.